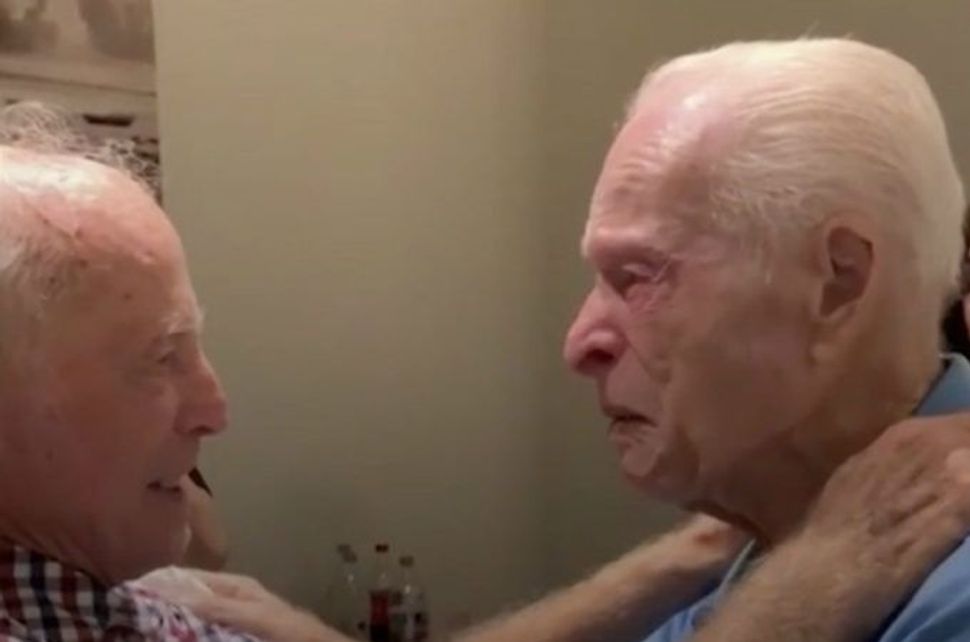 JERUSALEM (JTA) — Two Holocaust survivors who were separated as children reunited in Israel after 75 years.

Morris Sana, 87, and his cousin and friend Simon Mairowitz, 85, were convinced that the other had been killed by the Nazis, according to People magazine.

They reconnected after their descendants found each other on Facebook. The men had escaped Romania separately following the German invasion in 1940.

Sana lives in Israel, in Raanana, and Mairowitz ended up in the United Kingdom.

In a video posted online, the pair can be seen hugging each other and crying.

“Good to see you too after all these years,” Mairowitz said. “Seventy-five years you waited. I know it’s a long time. We’ve got each other now. And we can see each other.”