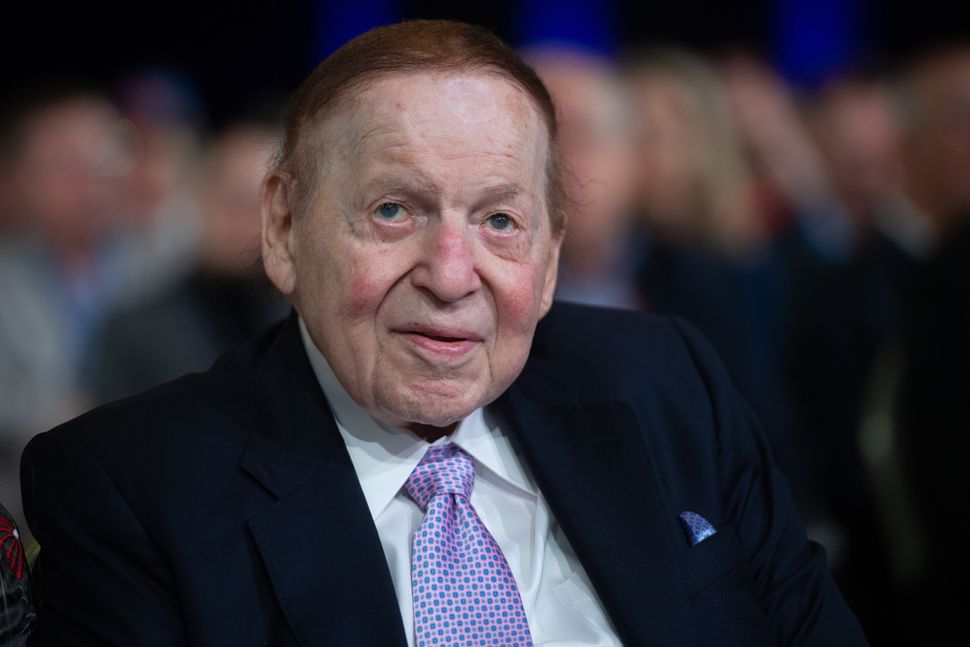 The NJDC now exists in name only as it works to recover its debts from its legal battle with Adelson that began in 2012.

In his ruling Monday, U.S. District Judge Paul Oetken said that “Adelson has failed to demonstrate that his initial lawsuit was a ‘good faith’ communication,” Courthouse News reported.

Adelson had sued the National Jewish Democratic Council in 2012 over an online petition alleging that the major Republican donor allowed prostitution at his casino in Macau. The petition included a hyperlink to an Associated Press article carrying allegations against Adelson. Much of the legal argument was over whether attaching a hyperlink is a clear enough signal that the defendants were citing available information.

The hyperlink was embedded in an online petition urging Republicans not to take money from Adelson, who in addition to being a major giver to the Republican Party also funds Jewish, pro-Israel and medical philanthropies.

The linked AP article reported on a lawsuit by a former employee of Adelson alleging that the employee was terminated for, among other reasons, refusing to allow prostitutes to ply their trade at the casino.

NJDC attorney Richard Emery told  Courthouse News that he plans to depose Adelson on Oct. 15 in Las Vegas, where the lawsuit was first filed. The group is seeking damages under a statute in Nevada that penalizes frivolous lawsuits, in part about 12 other cases in which Adelson sued parties hoping to “destroy them economically,” to establish a pattern of legal behavior.