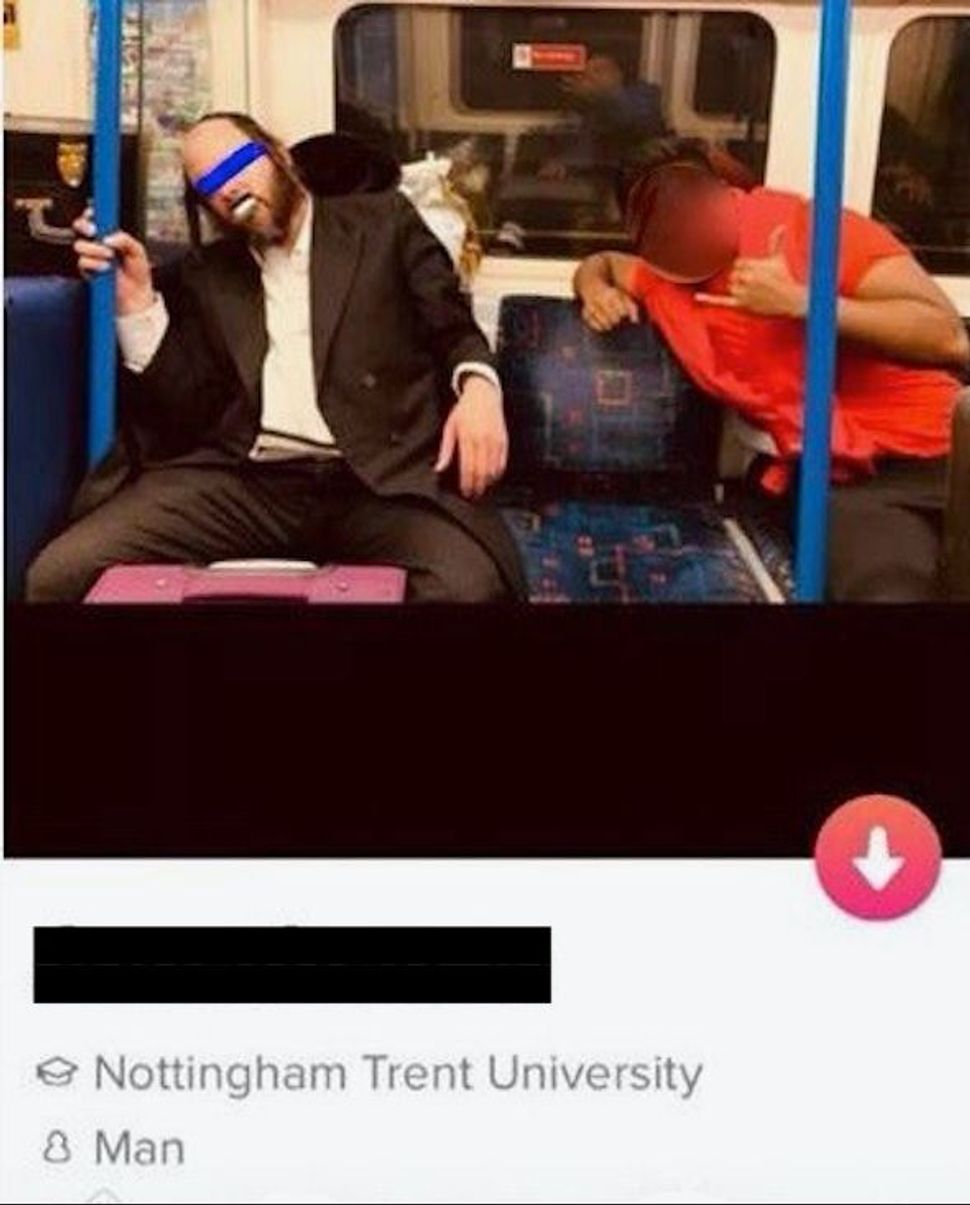 The Tinder profile picture that earned the student a suspension. Image by Twitter

A British student has been suspended following complaints that one of his Tinder profile pictures featured a sleeping Jewish man.

The picture, taken on London’s “Tube” subway system, features the student making the “hang loose” gesture with his one hand while leaning over toward a sleeping Orthodox man. In the picture, a small Palestinian flag has been edited over the Jewish man’s mouth, and a purple bar runs across his eyes.

Posts critical of the student and the picture quickly spread across social media after it was initially shared, according to the BBC. In one tweet, the British actress Tracey Ann Oberman said the picture showed “levels of Nazism” comparable to the 1930s.

“When [my friend] sent it to me she was quite confused, and we both were quite alarmed by it,” Jess, a Jewish student at the University of Cambridge, who posted about the picture on Twitter, told the BBC. “Not necessarily because we thought the boy who took the photo was in any way an anti-Semite, but because we thought it was wrong to instantly conflate this man’s religious identity with a political conflict.”

The student in the picture attends Nottingham Trent University, about three hours north of London. The university replied to tweets about the picture by saying that the school takes “hate crime, including anti-Semitism, very seriously.” The school said it immediately suspended the student after he met with an official investigating the incident.