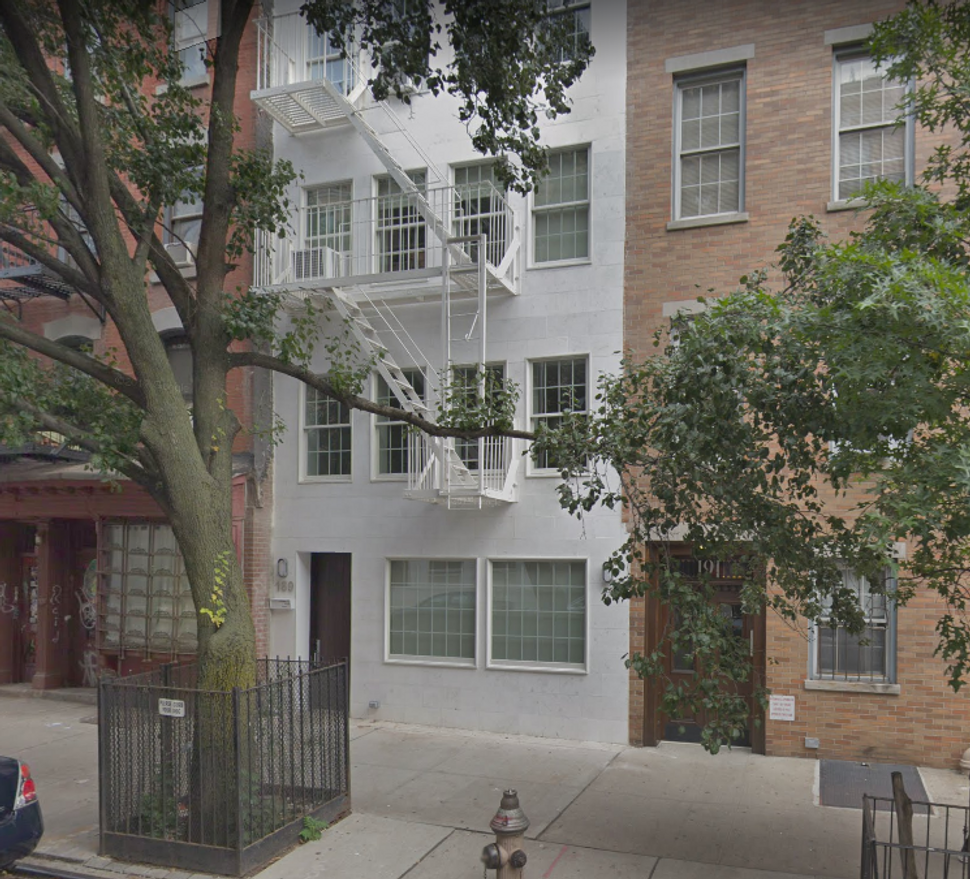 An Orthodox father of three appears to be leading a life that is not completely kosher. No, he’s not sneaking bacon, he’s holding sex parties in his East Village apartment — and charging for entry, which allegedly violates the terms of his lease.

On Friday, a Manhattan Supreme Court justice ruled that 33-year-old Avraham Adler, a former student of Yeshiva Gedola in Passaic, NJ, end the fetish-filled soirees at his 189 East 7th St. townhouse, the New York Post reports. The decision comes after months of complaints from neighbors and a lawsuit brought by his landlord, Wonwoo Chang, who said that Adler’s lease was non-commercial.

Adler, who also has a residence in suburban New Jersey, where his pregnant wife and three children live, reportedly charged $60 for admission to parties. Per an Eventbrite listing for one of the gatherings, his townhouse was billed as “a place without conformity to the mainstream.” The unlikely host of these parties, which allegedly included group foreplay, claimed he is a devout Jew, not even keeping car keys in his pocket during Shabbat.

“I want a divorce,” his wife, Shana Adler, told The Post Thursday outside the couple’s house in Clifton, NJ, home to over 1,300 Orthodox families and a large number of shuls. “He is not supporting us whatsoever. He’s cut us off completely. My friends are paying our bills.”

“I’m going through a separation and possibly a divorce,” Avraham Adler told The Post. In September, Adler denied that parties were happening in the apartment.

Shana Adler was not wearing her wedding ring when The Post paid a visit.

“You couldn’t pay me to wear it,” she said, adding that her husband’s girlfriends had called her, saying they “feel bad about the double life they’re leading.”