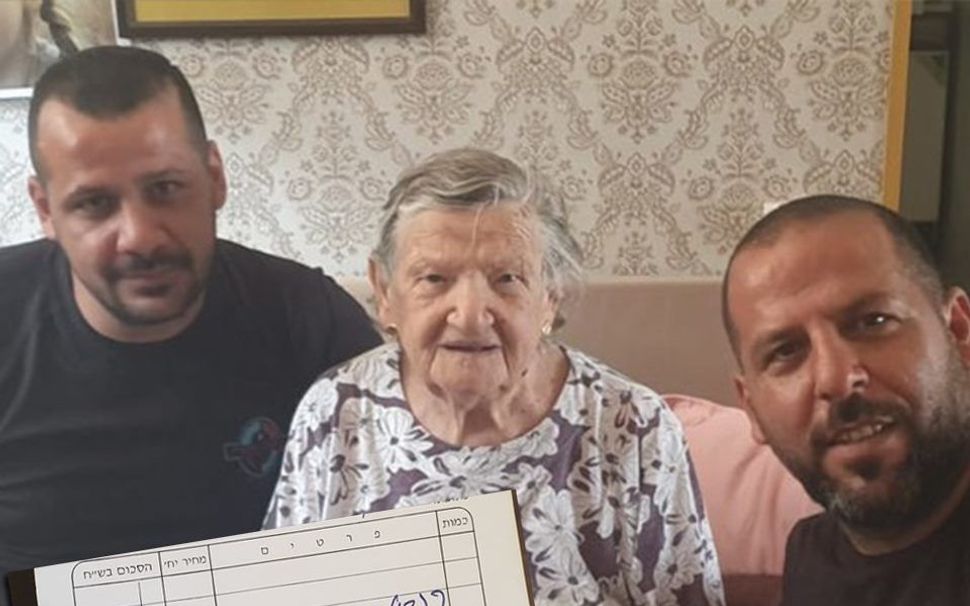 Two Arab-Israeli plumbers shocked a 95-year-old Holocaust survivor when their hard work on a major leak added up to an unexpected total of zero.

Brothers Simon and Salim Matari made a house call to Haifa resident Rosa Meir, the Times of Israel reported. WHen the plumber brothers learned that she was a survivor, they refused to be paid for their services, estimated at NIS 1,000, or roughly $285.

“When we got there, we saw there was a large blast of water and we started fixing it,” Simon Matari told Israeli news station Channel 12. “At some stage, while working, my brother Salim started to talk to Rosa about her life. She told us she’s 95, a Holocaust survivor, and that she has a daughter.”

On hearing this, Simon decided “I won’t take a cent from her.”

When the leak was fixed, Simon took out his notepad and wrote, “Holocaust survivor, may you have health until 120 [years], from Matari Simon and Matari Salim.” In the line for cost of service, he wrote “0.00.”

“The brothers really surprised me,” Meir, who said she was brought to tears, told Channel 12. “It was so moving and uplifting, and I thanked them a lot.”

Israel is home to an estimated 200,000 survivors. On average, they live seven years longer than native-born Israelis. There are about 1,907,000 Israeli-Arabs in Israel, constituting roughly 21% of the population.