‘Graffiti Grandma’ Fined For Painting Hearts Over Swastikas In Germany 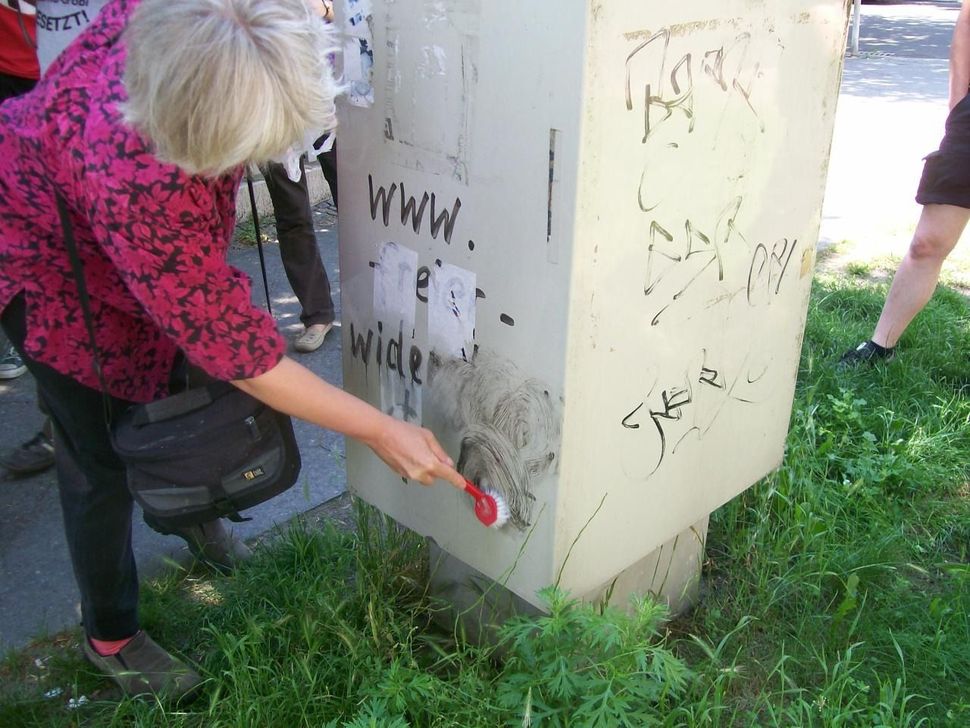 A woman in Germany was fined earlier this month for painting over neo-Nazi graffiti, after a court concluded that her actions constituted property damage, the Telegraph reported.

Irmela Mensah-Schramm, a 74-year-old activist known as the “Graffiti Grandma,” has for decades painted over white nationalist slogans and symbols throughout Germany. But after she painted hearts over graffiti that translated to “Nazi Zone” in the town of Eisenach in December 2018, somebody filmed her actions and reported her to the police.

Mensah-Schramm was fined 300 euros, or around $330, plus court costs, the Telegraph reported. The verdict reportedly has caused controversy in Germany because it was issued on the same day as the deadly synagogue attack in Halle, around 120 miles away.

She could have avoided the verdict by making a 500 euro donation to not-for-profit groups but said that doing so would have been an admission of guilt.

According to Deutsche Welle, Mensah-Schramm told a local broadcaster that if what she did was wrong, “I’d like to see myself as a repeat offender.”

‘Graffiti Grandma’ Fined For Painting Hearts Over Swastikas In Germany