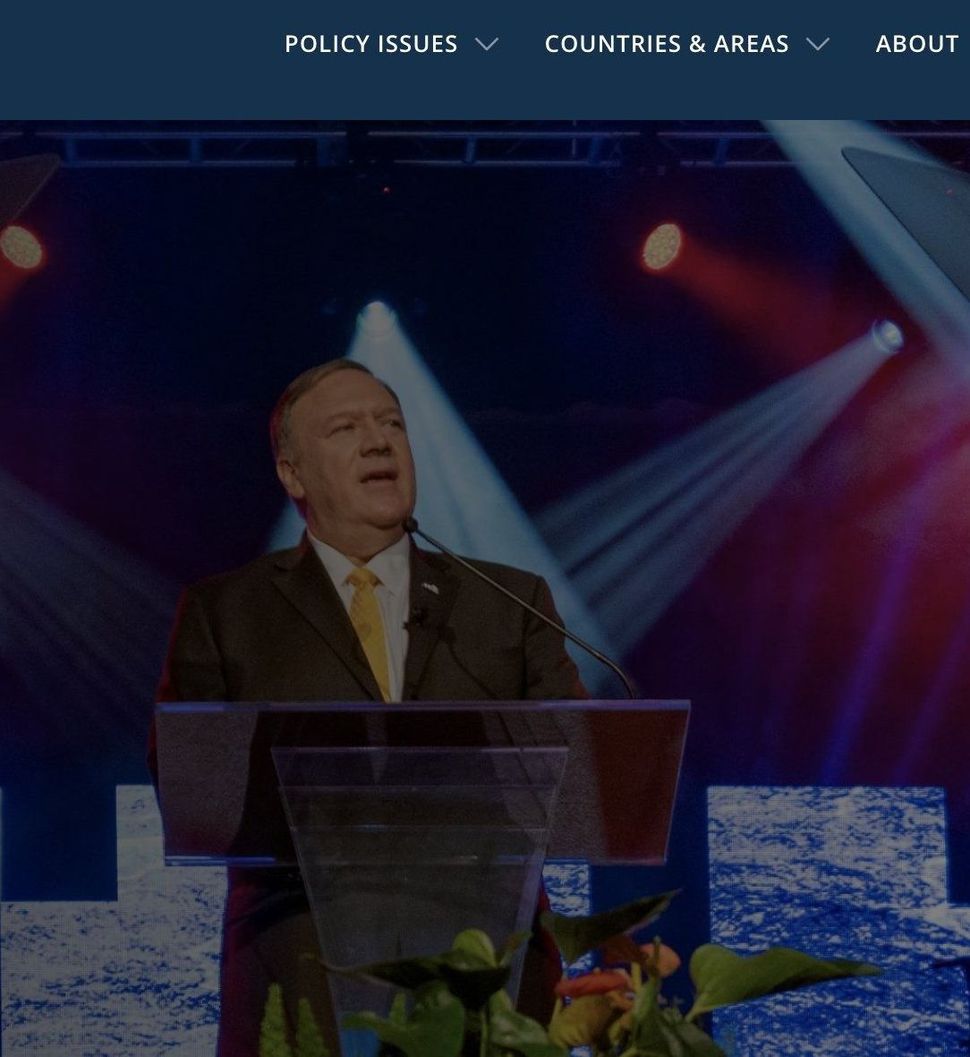 A screenshot of the State Department website, Monday, October 14, 2019. Image by state.gov

The separation of Church and State is widely accepted as enshrined in our constitution. But that didn’t stop the State Department from posting a 24-minute video of Secretary of State Mike Pompeo’s recent speech on “Christian leadership.”

In the clip, which was posted alongside a transcript on the department’s homepage October 14, Pompeo addresses the American Association of Christian Counselors in Nashville, TN. He speaks about his relationship to his Christian faith and emphasizes how it guides his work as the head of U.S. diplomacy.

“We should all remember that we are imperfect servants serving a perfect God who constantly forgives us each and every day,” Pompeo said. “He keeps using us to do a higher work. And my work at the State Department, as it is for those who work alongside of me, is to serve America each and every day.”

Pompeo seems to have anticipated that this speech might draw some heat, saying, “I know some people in the media will break out the pitchforks when they hear that I ask God for direction in my work,” before quoting Abraham Lincoln’s admission that he often prayed.

Politicians routinely refer to their faith. They attend prayer breakfasts with faith leaders and end speeches with “God Bless America.”

“There’s obviously no issue with the secretary of state being a leader, nor his being a proud Christian,” Aaron Keyak, the former head of the National Jewish Democratic Council, told the Times of Israel. “But it’s a problem that Secretary Pompeo thinks it’s appropriate to put those two words together and hold an official State Department event on being a Christian leader.”