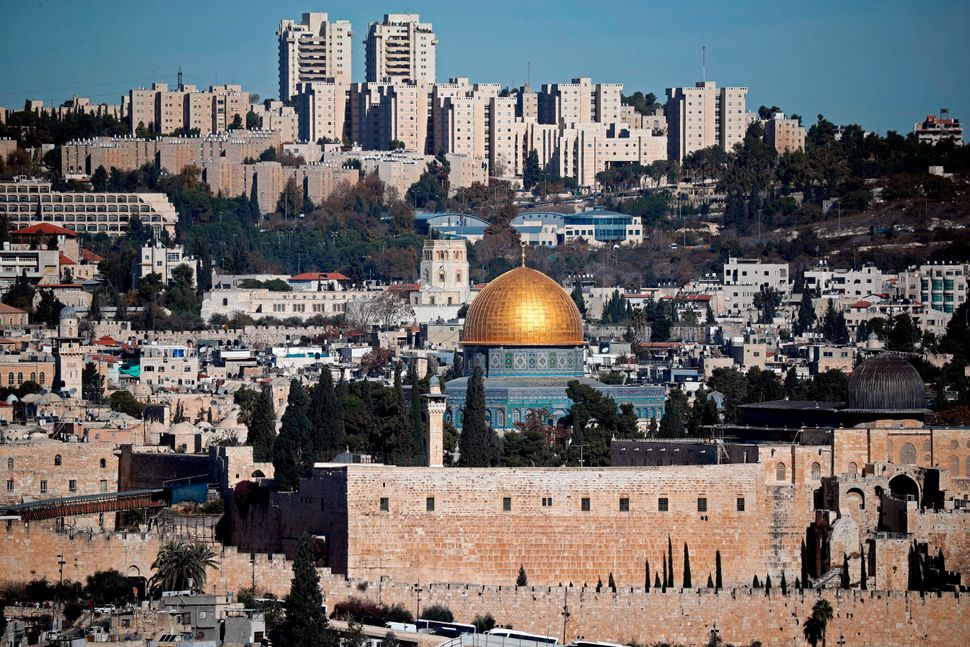 Hundreds of Orthodox Jewish teens rioted on Wednesday overnight in central Jerusalem, attacking Palestinians that drove by them and vandalizing their vehicle.

Seven were arrested by police on suspicion of causing property damage.

Azmi Dari, who lives in the East Jerusalem neighborhood of Isawiyah, told Haaretz that he was attacked at about 5 A.M. by ultra-Orthodox youths on his way to work.

“An older man wearing a Jellabiya was riding with me,” he said, referring to the traditional Arab garment, “so they recognized that we were Arabs and began to shout: ‘Arab, Arab,’ and threw a rock through the window.”

“We were lucky and it only hit the radio. Hundreds of people were there, and no police at all. It’s lucky that nothing happened,” said Dari.

Some of the rioters were under the influence of alcohol and disrupted traffic in the streets nearby, said the police in a statement.

Last year, Palestinians were attacked in the area during the Sukkot holiday as Ultra-orthodox Jews threw chairs and tables at restaurants and cafes in the Muslim Quarter of the Old City.

They also attacked passersby and business owners near the Damascus Gate in East Jerusalem, according to video clips and eye witnesses. The rioting went on for a long time, until they were dispersed by the police.

A week later, two Palestinian teens, 16 and 18, reported they had been attacked in Jerusalem, near the ultra-Orthodox Mea She’arim neighborhood, by the home of Rabbi Eliezer Berland, the leader of the Shuvu Banim community.

The boys said that a few Haredi youths cursed them at one point, and kicked and hit them.