12 White Supremacists Were Arrested For Threats To Jews Since Pittsburgh: ADL 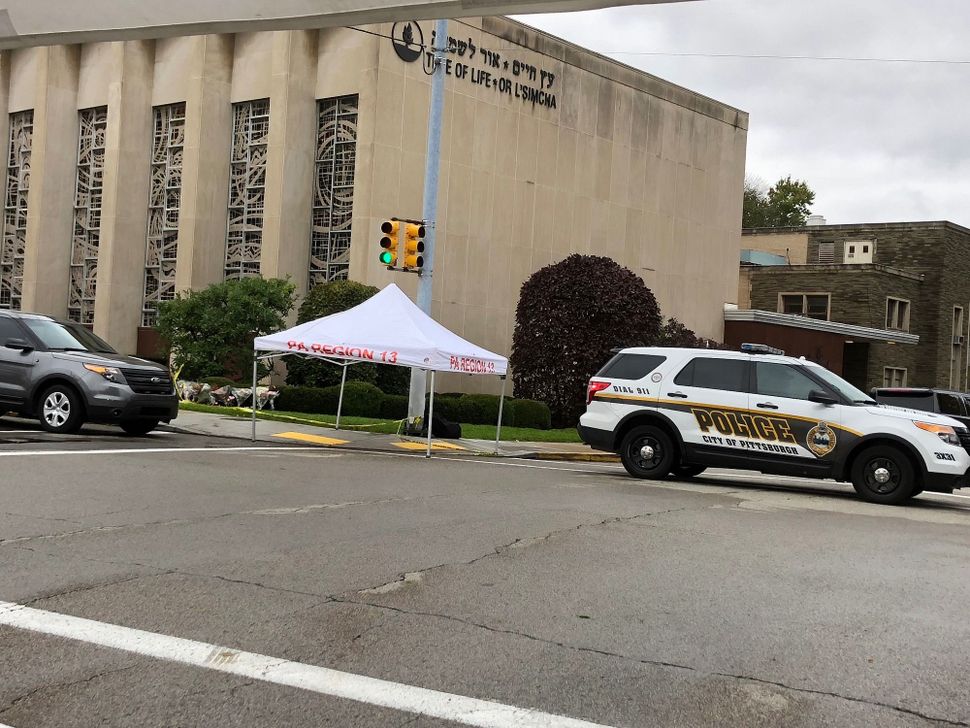 (JTA) — At least 12 white supremacists have been arrested for allegedly attacking, planning attacks against or threatening the Jewish community in the year since the attack on the Tree of Life synagogue building in Pittsburgh, the Anti-Defamation League said in a new report.

Since Oct. 27, 2018, white supremacists have targeted Jewish institutions’ property on at least 50 occasions, the report said. Many apparently were inspired by previous attacks.

“From the Poway synagogue attack to a religious service interrupted by shouts of ‘Heil Hitler,’ white supremacists have presented very real threats to Jews across the country,” according to the report, citing the ADL Center on Extremism research.

In addition, there have been at least 30 incidents in which individuals of unknown ideology committed arson, vandalism or distributed propaganda against Jewish institutions that was anti-Semitic or generally hateful, but not explicitly white supremacist in nature, the report said.

12 White Supremacists Were Arrested For Threats To Jews Since Pittsburgh: ADL