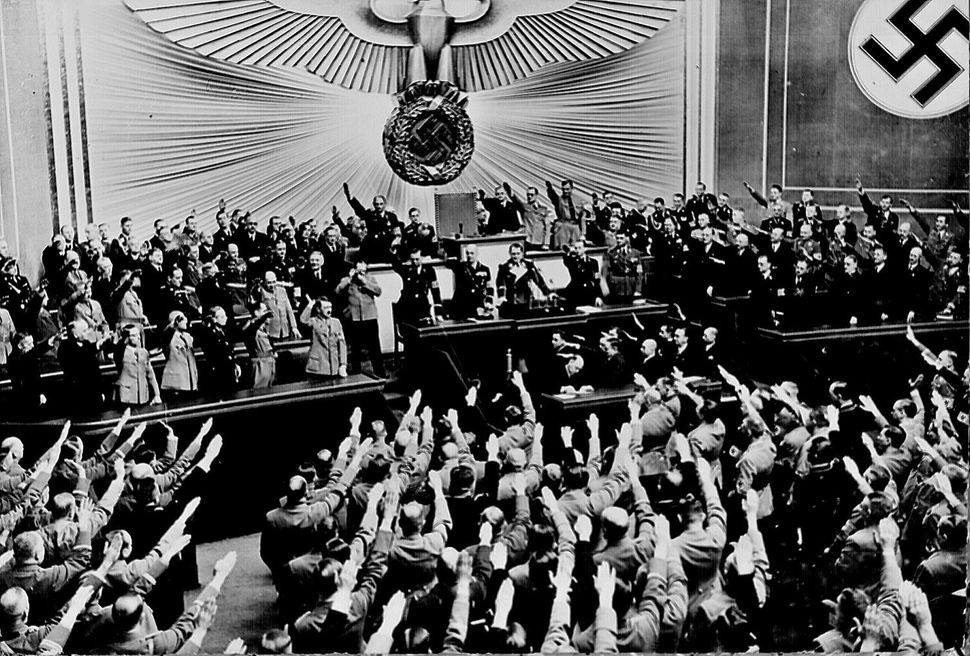 Adolf Hitler accepts the ovation of the Reichstag after announcing the “peaceful” acquisition of Austria, March 1938. Image by National Archives and Records Administration

More than a quarter of Germans agree with several anti-Semitic statements and stereotypes, according to a study by the World Jewish Congress.

The organization’s poll, which was conducted before the attempted Yom Kippur attack on a synagogue in the German city of Halle, found that 29% felt that Jews are more loyal to Israel than the countries in which they live, 12% said Jews are responsible for the world’s wars and 41% said Jews talk too much about what happened in the Holocaust.

Between 21 and 26 percent said Jews had too much power over the business world, global affairs and the media (questions were asked about all three spheres).

“Think about this: There are still living Holocaust survivors and Germans already dare to entertain anti-Semitic thoughts — and even to take action based on them,” Rabbi Jechiel Brukner of Cologne told the German news site DW. “That’s incredible.”

Most respondents also said that they had seen a rise in hostility against Jews, DW reported, though only about one-third said they would be willing to participate in demonstrations against anti-Semitism.