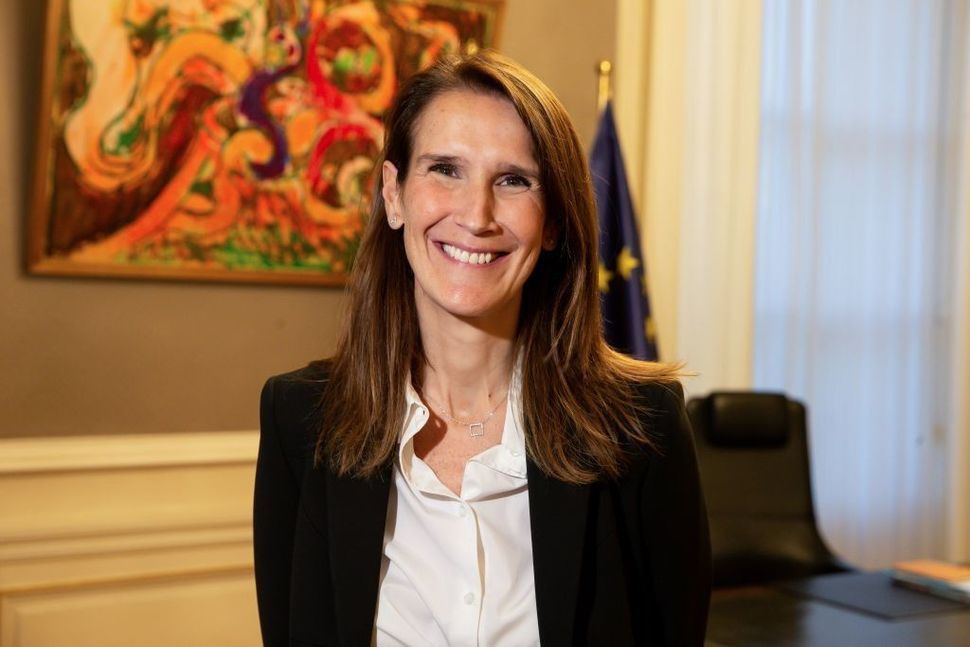 Belgian Prime Minister Sophie Wilmes poses after her appointment on October 27, 2019 in Brussels. Image by NICOLAS MAETERLINCK/Belga/AFP via Getty Images

(JTA) — Sophie Wilmes is the first woman and the first Jewish person to become the prime minister of Belgium.

Wilmes, a mother of four from the Brussels region, replaced Charles Michel on Sunday in the top post. The centrist politician will head a caretaker government during negotiations on the formation of a coalition, which in Belgium has been known to take months.

The Cabinet of Michel collapsed last year, and Wilmes replaced him when he left for a European Union position. Both are members of the liberal and centrist MR party.

Wilmes’ mother is Ashkenazi Jewish and lost several relatives in the Holocaust, Philippe Markiewicz, the president of the Consistoire organization of Belgian Jewry, confirmed Monday to the Jewish Telegraphic Agency.

“She hid her Jewish identity, though it seems to be a private detail from her biography and not something connected to any policy-making aspect,” he said.

Wilmes’ father, Philippe, was a lecturer at Catholic University of Louvain and is not Jewish.

Markiewicz described Wilmes, who has attended Holocaust commemoration events and highlighted them on her personal website, as “an industrious and committed politician.”

One source from the Jewish community, a member of Wilmes’ party who spoke to JTA on condition of anonymity, said that Judaism became only recently “a more important factor than before” in Wilmes’ life.

Michael Freilich, a Belgian lawmaker for the N-VA party and the former editor in chief of the Antwerp-based Joods Actueel Jewish newspaper, said Wilmes’ appointment is a “historic event that makes me feel proud.”