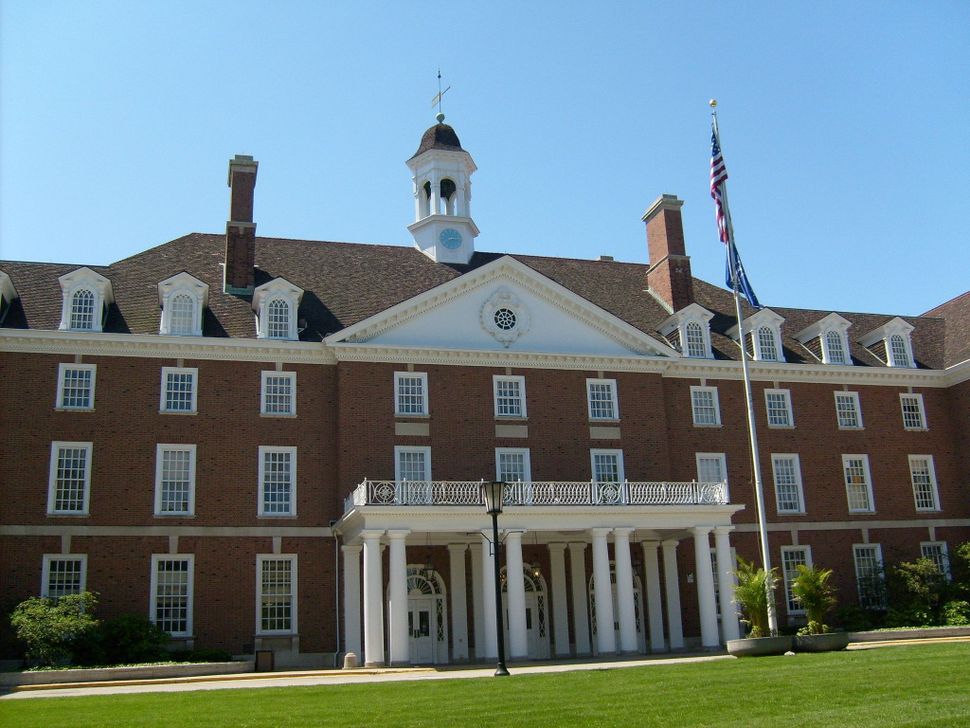 (JTA) — The University of Illinois student government passed a resolution that distinguishes anti-Semitism from anti-Zionism.

The resolution, which passed in a 29-4 vote, criticizes Chancellor Robert Jones for having said a presentation to dorm advisers on the conflict between Israel and the Palestinians was anti-Semitic.

Many pro-Israel and Jewish students who were critical of the measure walked out ahead of the vote last week and held a vigil in remembrance of victims of anti-Semitism, The News-Gazette reported.

Jones made his assertion in a campuswide email earlier this month on a presentation titled “Palestine & Great Return March: Palestinian Resistance to 70 Years of Israeli Terror.” The Illini Public Affairs Committee, a campus pro-Israel group, described it as “a narrative of demonization of Israel and its citizens and Jewish students.”