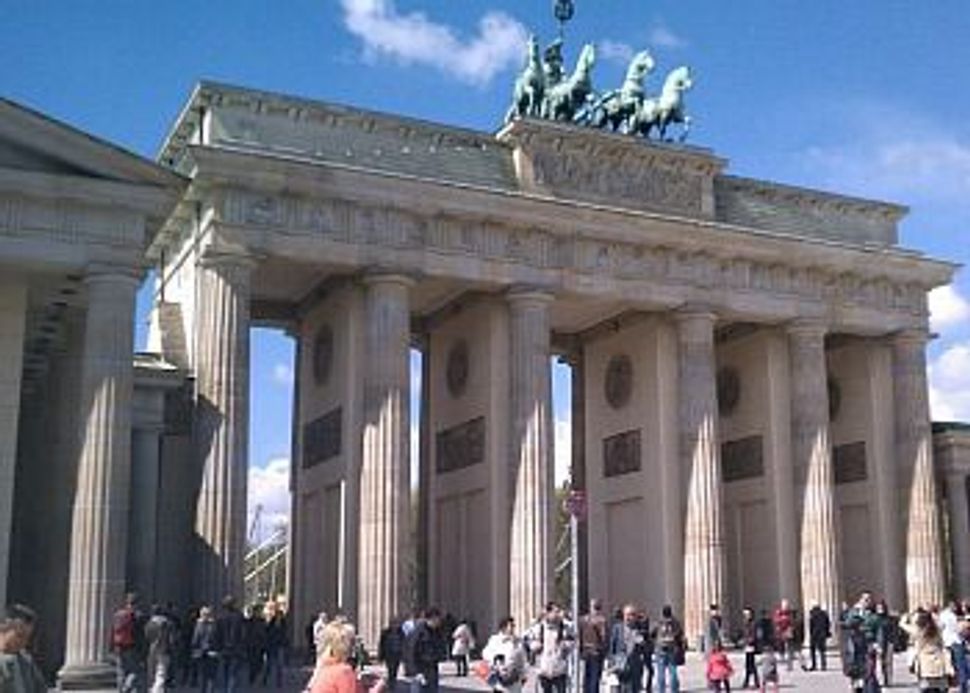 BERLIN (JTA) – A 70-year-old man was beaten in Berlin in what news reports have described as an anti-Semitic incident.

The victim suffered wounds to his head and chin in the Monday afternoon attack, which started with a verbal assault featuring anti-Semitic insults. He lost his balance and fell while trying to defend himself. The victim had tried to respond verbally to the insults before he was beaten.

The assailant, whose identity is unknown, fled when a passerby rushed to the scene. Police are investigating.

It is not clear from reports in the German media whether the victim actually is Jewish.

The attack is one of several against Jews reported in recent months in the German capital, including one in which men on a balcony spat on a rabbi and his young son on their way home from synagogue on a Friday night. That investigation was dropped for lack of evidence.

“It is unacceptable that in broad daylight someone taking a walk is subjected to an anti-Semitic insults and then beaten up when he tries to defend himself verbally,” Berlin Mayor Michael Müller said Tuesday when reports of the attack were published. “These kinds of attacks must not become everyday occurrences in Berlin.”

In the 13 months from July 1, 2018, to July 31, 2019, Berlin reportedly investigated 488 criminal cases related to anti-Semitism; in 169
cases, the perpetrators were not identified. Many of the cases involved vandalism of property, insults and threats.

Muller thanked the passerby, who “showed courage and civic-mindedness by intervening and causing the perpetrator to flee.”