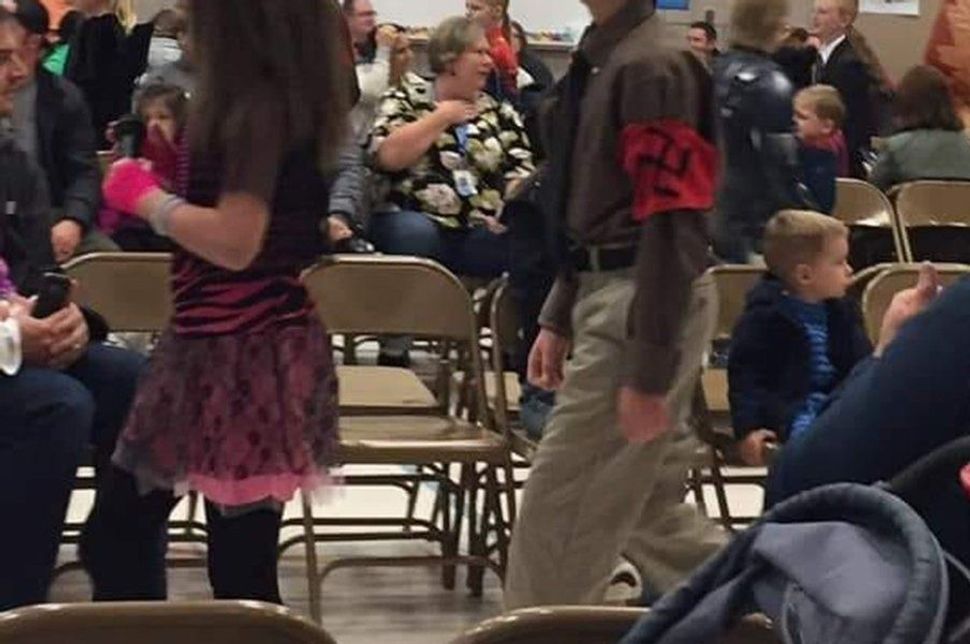 (JTA) — The principal and a teacher at an elementary school in Utah have been placed on paid administrative leave after a student dressed in an Adolf Hitler costume and participated in the schools Halloween parade.

The student at the Creekside Elementary School in Kaysville, Utah wore a brown long-sleeve shirt with a red swastika armband on the sleeve in photos that circulated Friday on social media. He also appeared to be wearing a Hitler mustache.

The Davis School District apologized for the incident in a statement, the local Fox affiliate reported.

In a statement, The United Jewish Federation of Utah said in a statement it was “appalled” by the incident.

“Almost all Jews and Americans regard Hitler and Nazi symbols as signifiers of the worst hatred, racism, and crimes against humanity that the world has known,” the statement read. “Dressing a child as Hitler is intolerably offensive and should not be suggested, permitted or condoned.”