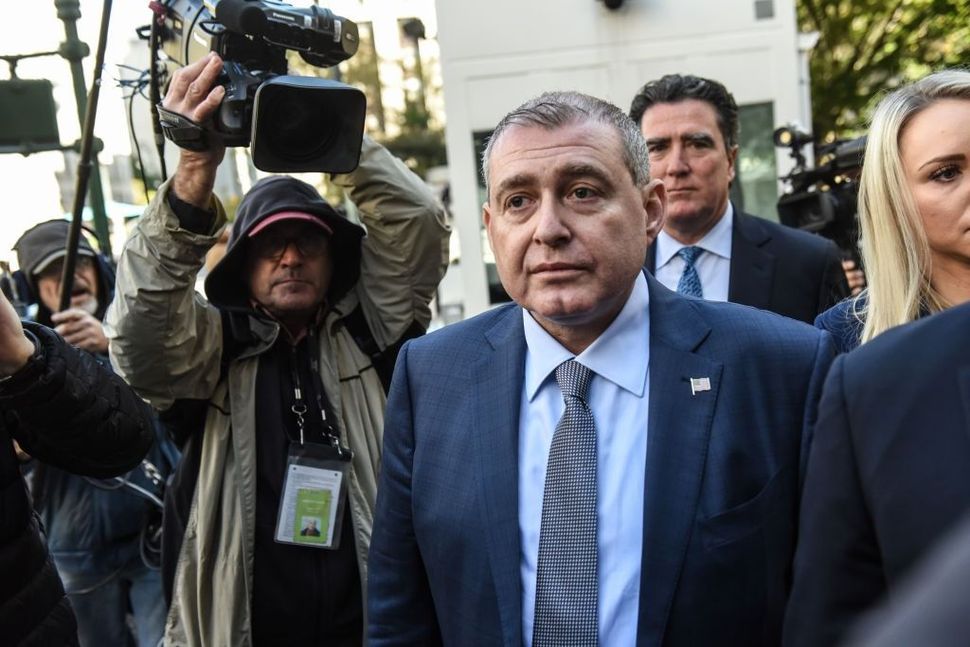 Lev Parnas, a key figure in the impeachment investigation, told a group of people at a April 2018 donor event that he had discussed Ukraine with President Trump, The Washington Post reported Tuesday.

Trump has claimed that he doesn’t know Parnas or his arrested associate Igor Fruman. But Parnas told fellow diners at the donor event that the duo had just had a 90-minute conversation with Trump, where they complained to him about United States Ambassador to Ukraine Marie Yovanovitch and the president suggested that she should be fired. Yovanovitch was indeed fired in May 2019, and the circumstances of her dismissal have been of interest to the House of Representatives’ impeachment investigators.

“It’s just not true that he had no idea who these guys were. He knew Lev particularly,” a former senior administration official told the Post, referring to Trump. The source added that Trump was frequently briefed by his personal lawyer Rudy Giuliani about Parnas and Fruman’s efforts to convince the Ukrainian government to investigate former vice president Joe Biden and his son Hunter.

Parnas and Fruman were arrested last month and charged with siphoning foreign donations to the Trump campaign and other Republican causes. After initial resistance, Parnas said last week that he would be willing to testify against Trump.

“Mr. Parnas was very upset by President Trump’s plainly false statement that he did not know him,” Joseph A. Bondy, a lawyer for Parnas, told The New York Times. “We are willing to comply with the subpoena to the extent that it does not violate any appropriate privilege that Mr. Parnas may properly invoke.”