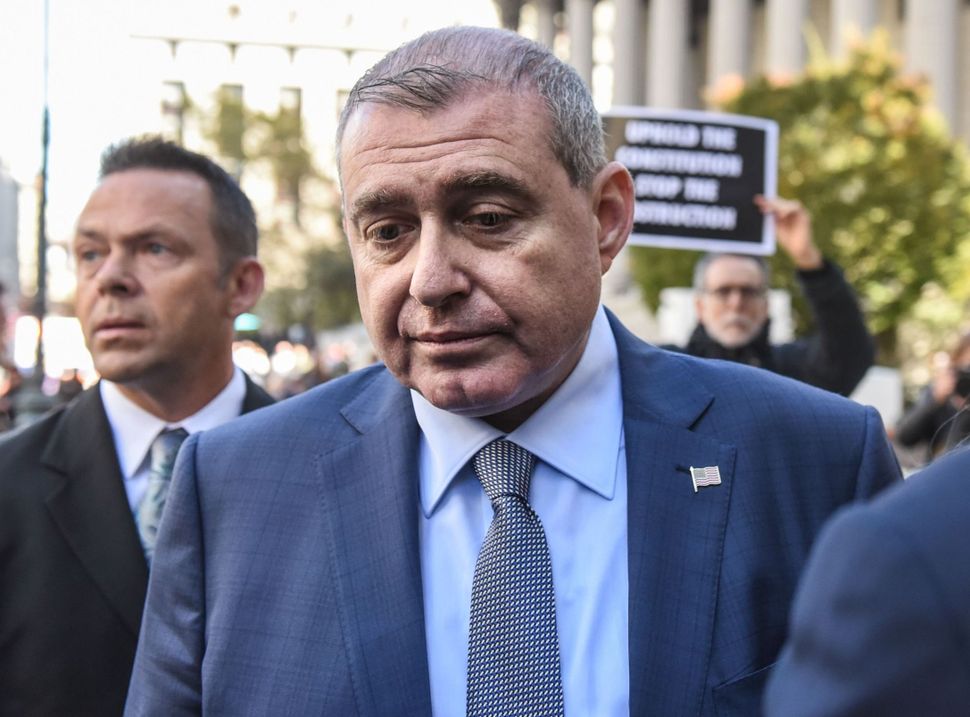 Lev Parnas arrives at federal court for an arraignment hearing on October 23, 2019 in New York City. Image by Getty

Lev Parnas, one of the Ukrainian associates of Donald Trump’s personal lawyer Rudy Giuliani, has agreed to begin talks with House Democrats leading the impeachment inquiry, and is accusing Trump of falsely denying that he had ever met Parnas.

Parnas had resisted speaking to House investigators, but now has a new legal team, and has signaled his willingness to give testimony and documents to the impeachment probe.

“Mr. Parnas was very upset by President Trump’s plainly false statement that he did not know him,” Joseph A. Bondy, a lawyer for Parnas, told The New York Times. “We are willing to comply with the subpoena to the extent that it does not violate any appropriate privilege that Mr. Parnas may properly invoke.”

Bondy added that Parnas might invoke his Fifth Amendment right to not incriminate himself.

Parnas, along with his business associate Igor Fruman, was arrested in October on charges that he violated campaign finance laws by funneling foreign money to the Trump campaign and other campaigns. He was reportedly part of Giuliani’s efforts to create “dirt” on Joe Biden and his son Hunter. House Democrats subpoenaed Parnas on the same day the charges were revealed.

After the charges were unveiled, Trump denied knowing Parnas and Fruman.

“I don’t know them,” he told reporters, according to the Times. “I don’t know about them. I don’t know what they do … Maybe they were clients of Rudy. You’d have to ask Rudy.”