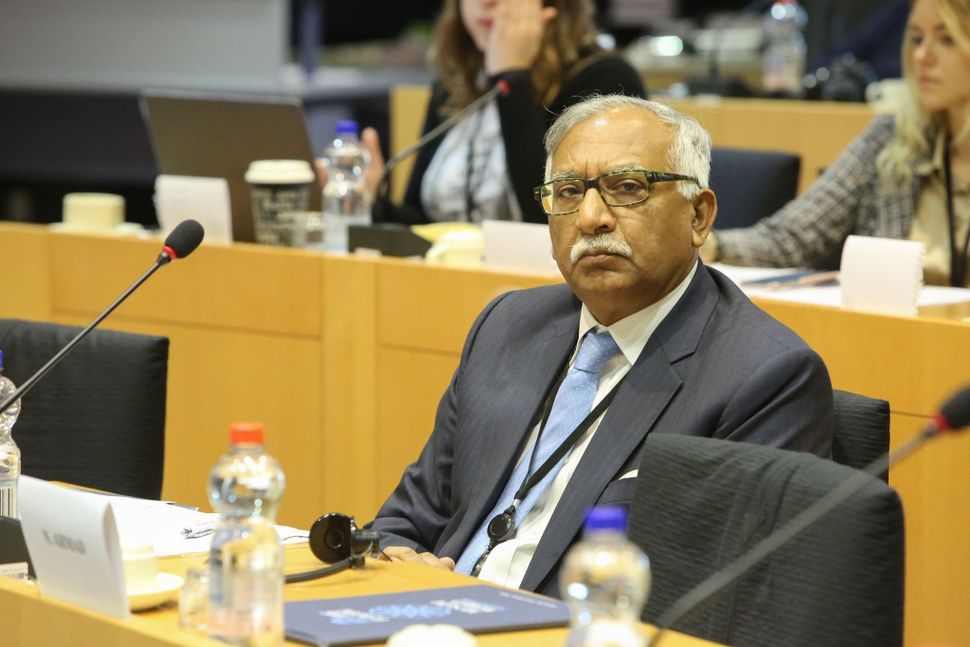 (JTA) — A candidate for British parliament representing the Conservative Party said that local Jews who go to Israel “have come back as extremists – as people that are brainwashed.”

In a 2104 speech delivered to the European Parliament in Brussels, Amjad Bashir, who is running for parliament in a Leeds constituency, said this of “Young men are going over from England where I come from – people of the Jewish faith who my grandchildren have grown up with as decent young men,” he explained, according to a report Monday by The Jewish Chronicle.

“They will not listen to reason. There is something very peculiar and wrong going on in Israel,” he added, blaming “rabbis and politicians.”

Bashir apologized for his remarks, expressing “deep regret” and adding they were “born from personal experience.”

The elections are set for Dec. 12.

On Sunday, Prime Minister Boris Johnson reiterated his opposition to anti-Semitism in a letter to Jewish Agency Chairman Isaac Herzog. “The safety of Jewish people is a top priority for the UK Government,” he wrote.

Separately, a candidate for parliament for Labour, which has been dogged by allegations of anti-Semitism, has co-managed a group on Facebook that coached Holocaust deniers and other purveyors of hate speech about Israel and Jews on how to conduct themselves when dealing with disciplinary action by the party, the Daily Mirror reported Sunday.

The candidate, Maria Carroll of Wales, told the paper she was not aware of the hate speech or she “would have immediately condemned them.”