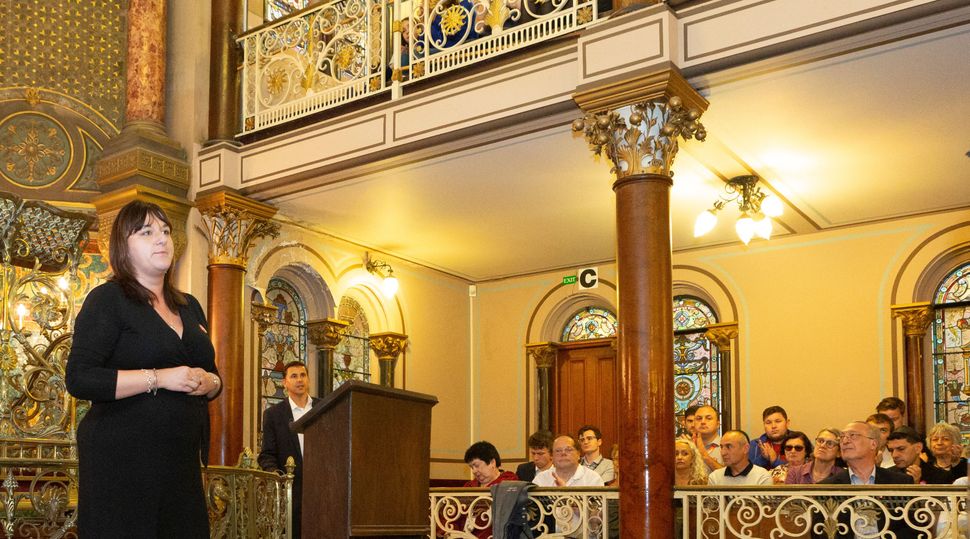 A Jewish candidate for Britain’s Labour Party said she is being bombarded with death threats and that nearly half of them are anti-Semitic.

Ruth Smeeth told the local news website StokeonTrentLive that she is afraid to leave her home due to the constant threats. When she does leave, she carries a panic button in case she is attacked, according to the report.

Smeeth does not go anywhere alone and has not ridden public transportation in 18 months, she said.

She said the threats have come from the far left and the far right. Last week, after months of the threats by email and social media, Smeeth said a death threat in the form of an essay describing how the author wanted to kill her was hand-delivered to her constituency office, which led to her go public about the threats.

“I’m not asking for sympathy, I just feel like I need to put down a marker to say this is not normal and it is not acceptable,” she told StokeonTrentLive. “I won’t be bullied by anyone. We need to find a way back to respectfully disagreeing with each other, not threatening to hurt each other.”

Smeeth received anti-Semitic death threats during the campaign for the 2015 election and more death threats in 2016, which required police protection and the installation of surveillance cameras in her home.

She has represented the Stoke-on Trent North constituency in Staffordshire since 2015. The next general election is scheduled for Dec. 12.