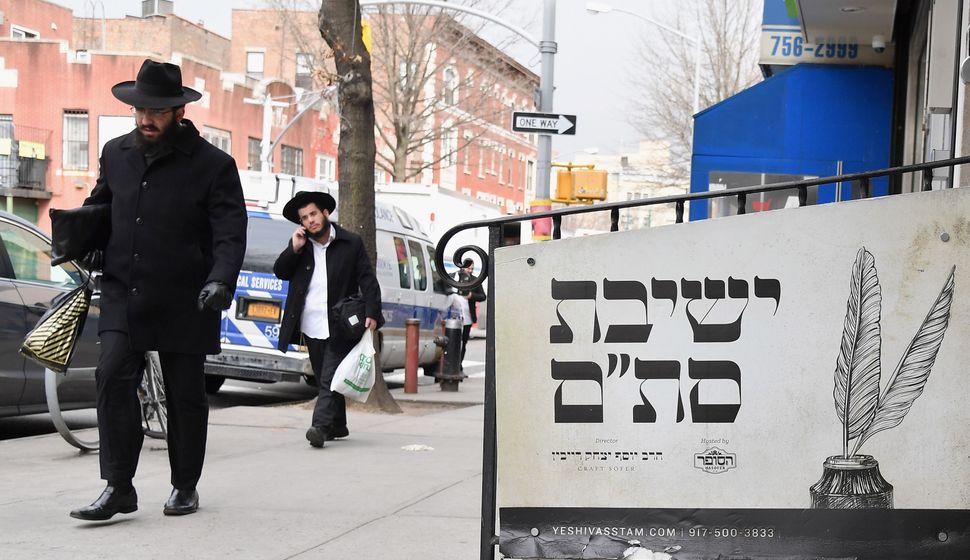 Orthodox Jewish men walk in the Brooklyn neighborhood of Crown Heights on February 27, 2019 in New York. Residents of Crown Heights, a diverse New York neighborhood far from Manhattan’s skyscrapers, are trying to understand a spate of anti-Semitic attacks. Image by Angela Weiss/Getty Images

A gang of five men attacked two identifiably Jewish teens on the street in Brooklyn.

The boys were not injured in the Nov. 11 attack in the Crown Heights neighborhood. Police reported the incident on Wednesday, according to the New York Post.

The incident is being investigated as a hate crime.

Crown Heights and other Brooklyn neighborhoods have seen a spate of attacks on identifiable Jews in recent weeks.

In this incident, the group approached one boy, 14, who was dressed in traditional Hasidic garb, and smacked him in the head, knocking off his kippah. They then snatched the hat off the head of the other boy, a 15-year-old.