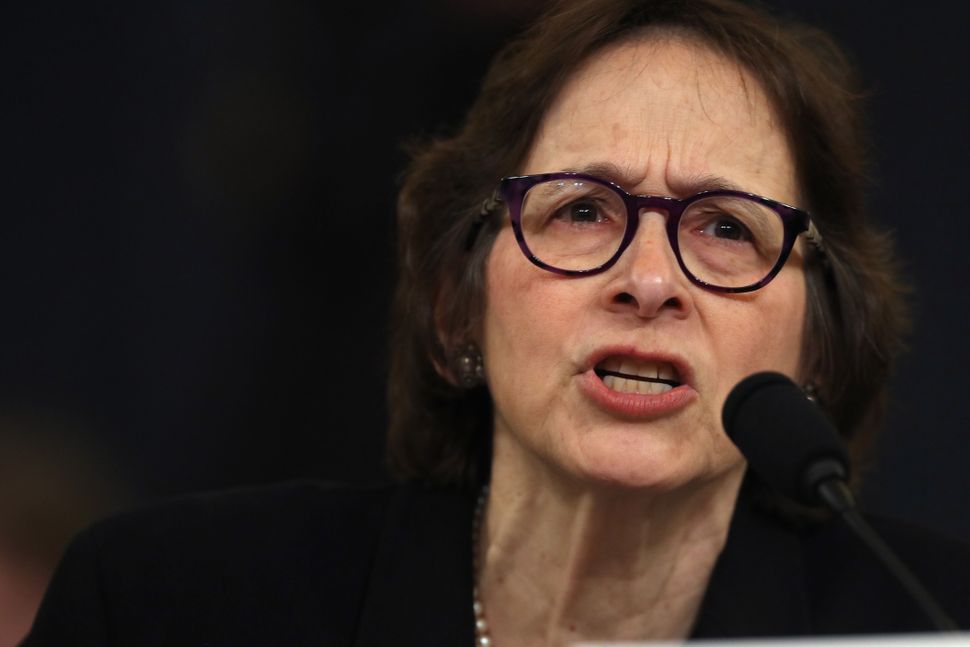 Pamela Karlan, a professor of law at Stanford University, made waves on social media Wednesday with her testimony on the impeachment inquiry before the House Judiciary Committee.

Karlan, who has referred to herself as a “snarky, bisexual, Jewish” woman, spoke forcefully about how Donald Trump’s quest for a quid pro quo from the Ukrainian government was antithetical to American democracy.

“I see a pattern in which the President’s views about the propriety of foreign governments intervening in our election process are the antithesis of what our framers committed to,” she said at one point in her testimony.

Karlan’s opening statement, however, received the most attention on social media, especially when she responded directly to the opening statement of Rep. Doug Collins, the Judiciary Committee’s ranking Republican.

Collins, himself a lawyer, suggested that the four constitutional scholars assembled by the Judiciary Committee would likely not have been able to read through Rep. Adam Schiff’s report on impeachment, or go through the testimony presented to Schiff’s Intelligence Committee.

“I read transcripts of every one of the witnesses who appeared in the live hearing,” she said. “I’m insulted by the suggestion that as a law professor I don’t care about those facts.”

A Star is Born. pic.twitter.com/X9EhDAN9aq

You can watch Collins’ remarks in the video below.

Had he remembered even one thing from law school it would’ve been that you do not, You Do Not, insult law professors by labeling them ignorant of the facts or law at issue

Karlan was one of three Jewish constitutional scholars invited to testify Wednesday, alongside Noah Feldman of Harvard University and Michael Gerhardt of the University of North Carolina-Chapel Hill.