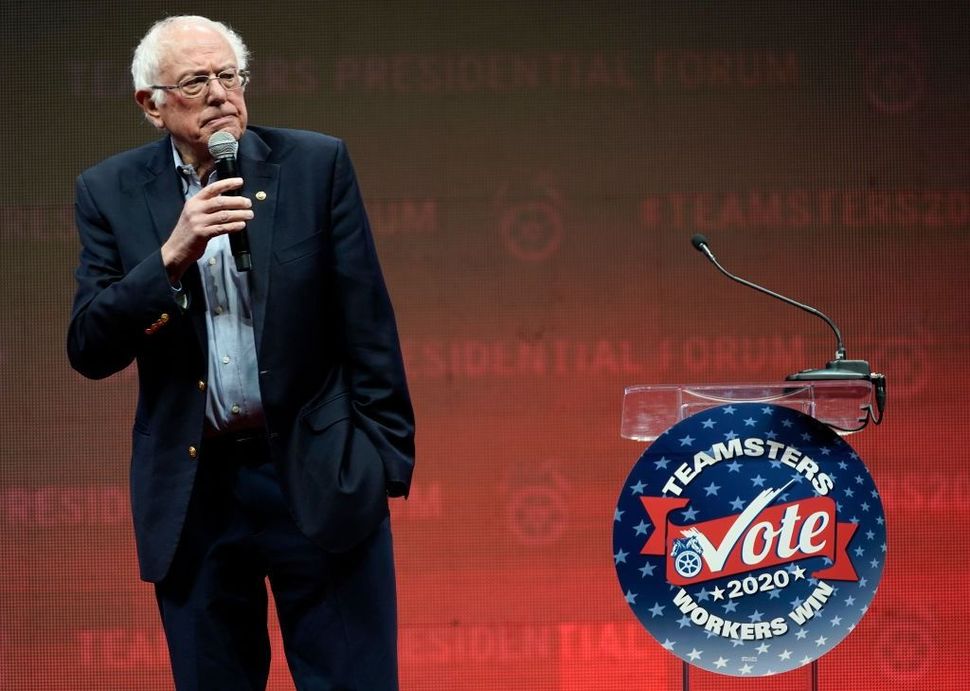 (JTA) — A newly hired staff member on Bernie Sander’s 2020 presidential campaign left his job after reports surfaced about past anti-Semitic and homophobic tweets.

Darius Khalil Gordon announced on Wednesday that he had joined the Sanders campaign team as deputy director of constituency organizing. The following day, the conservative news website the Washington Free Beacon reported that Gordon had posted anti-Semitic and homophobic tweets from 2010 to 2012.

The Sanders campaign told CNN on Friday that Gordon was “no longer with the campaign.”

A tweet from Sept. 22, 2010 preserved in a screenshot read: “Working hard so one day I can make that Jew Money.”

The Republican Jewish Coalition in a statement issued on Friday afternoon called on the Sanders campaign to fire Gordon.