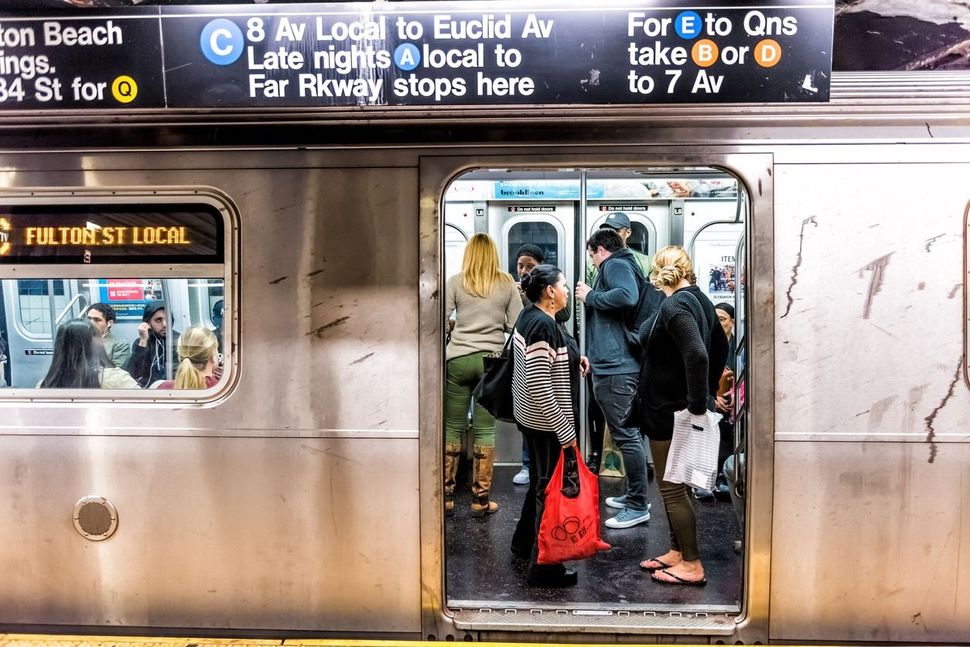 A Jewish woman suffered apparent facial injuries after allegedly being attacked by a woman screaming anti-Semitic epithets on the New York City subway.

Lihi Aharon, who is from Israel, recorded a video recounting her experience, which included video she took of her alleged assailant apparently being detained by police while yelling anti-Semitic abuse.

Aharon claimed that she entered a crowded train and asked the woman to remove her bags from an otherwise-open seat. According to Aharon, the woman refused and began yelling anti-Semitic slurs at her and an adjacent man who was wearing a kippah, and then scratched her face while trying to prevent the Israeli from recording the incident on her phone.