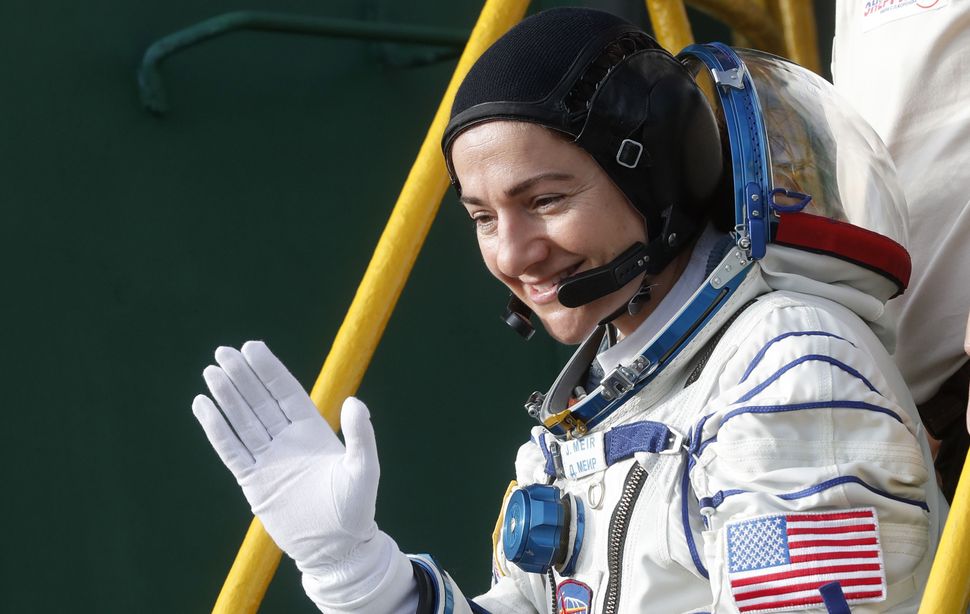 Happy Hanukkah to all those who celebrate it on Earth! #HappyHanukkah pic.twitter.com/FKC2M5iXni

Jessica Meir, a Jewish astronaut, wished the world a chag Hanukkah sameach — happy Hanukkah! — from 254 miles above the surface of the Earth Sunday evening.

“Happy Hanukkah to all those who celebrate it on Earth!” she wrote in a post to Twitter, which included a picture of Hanukkah-themed socks with Stars of Davids and menorahs. Behind the socks was a viewing bay in the International Space Station, where Meir has been orbiting the Earth since September.

Meir made history earlier in her visit to the ISS by being part of the first all-female spacewalk. She and Christina Koch, an American, performed maintenance on the station during a 6.5 hour spacewalk in October.

Meir’s father is Iraqi-Israeli, and she has carried her Israeli pride into space. Earlier in her trip, she posted pictures of Israel from space. On her way up, she included a portrait painted by Rona Ramon, the widow of Ilan Ramon, the first Israeli in space who was killed during the failed re-entry of the spaceship Columbia.

Meir was raised in Maine. She is the 15th Jewish astronaut — and fourth Jewish woman — to take part in a space mission, according to JTA.