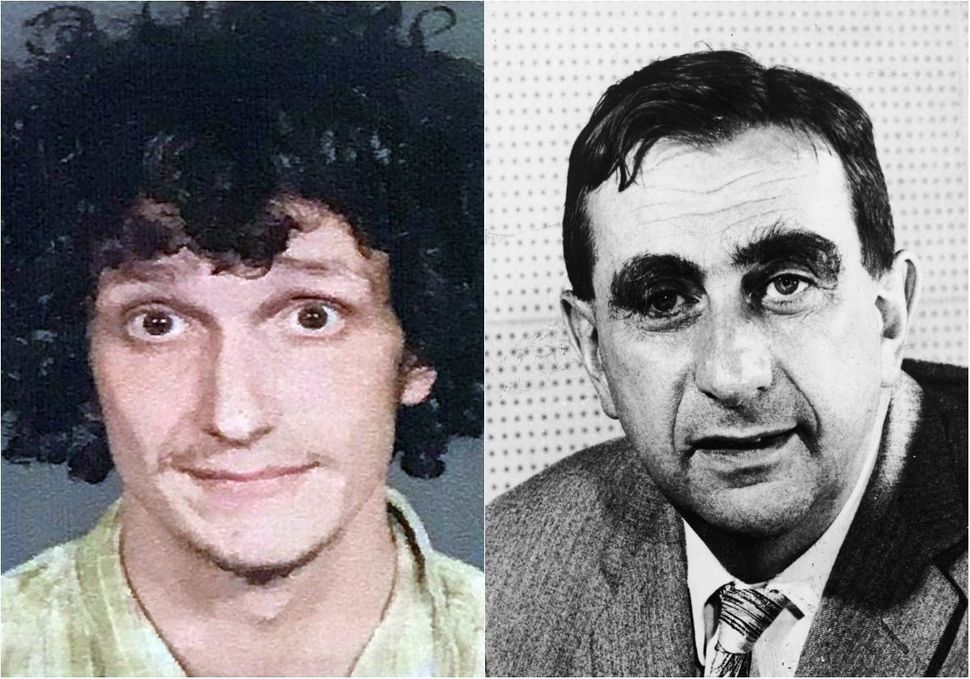 A man accused of lighting fires in a Yeshiva University dormitory while students were asleep may be the grandson of Edward Teller, the famous nuclear physicist who played a central role in inventing the hydrogen bomb.

Peter Weyand was arrested over the weekend after he was allegedly caught on camera using matches from a Hanukkah display in a Yeshiva University dorm to start three small fires. Investigators said that the crime did not appear to be motivated by anti-Semitic bias. According to the NYPD, Weyand, 33, entered the dorm after kicking in a window. He is not a Yeshiva University student.

Teller, who is Jewish, is best known as the co-inventor of the H-bomb and one of the most prominent scientist advocates of nuclear power during the Cold War. His strong personality and penchant for advising U.S. presidents to take on moonshot scientific projects — such as nuclear bomb-assisted excavation and Ronald Reagan’s proposed “Star Wars” program — reportedly made him the basis for the trigger-happy title character of “Dr. Strangelove,” Stanley Kubrick’s film about nuclear armageddon.

Weyand has a history of mentioning Teller, who died in 2003, in social media posts that appear to refer to Teller’s reputation as a scientist who pushed controversial and harmful ideas.

“Genetic engineering are you [expletive] kidding me?” he wrote on LinkedIn. “My grandfather was edward teller, you know how it makes me feel when i read that in the news?”

Shortly after being released on bond on Saturday, Weyand was arrested for trespassing in Staten Island. He also has a case pending after he allegedly menaced a roommate in Brooklyn with a knife, chanting “Here, piggy, piggy,” while the roommate hid in a bathroom.