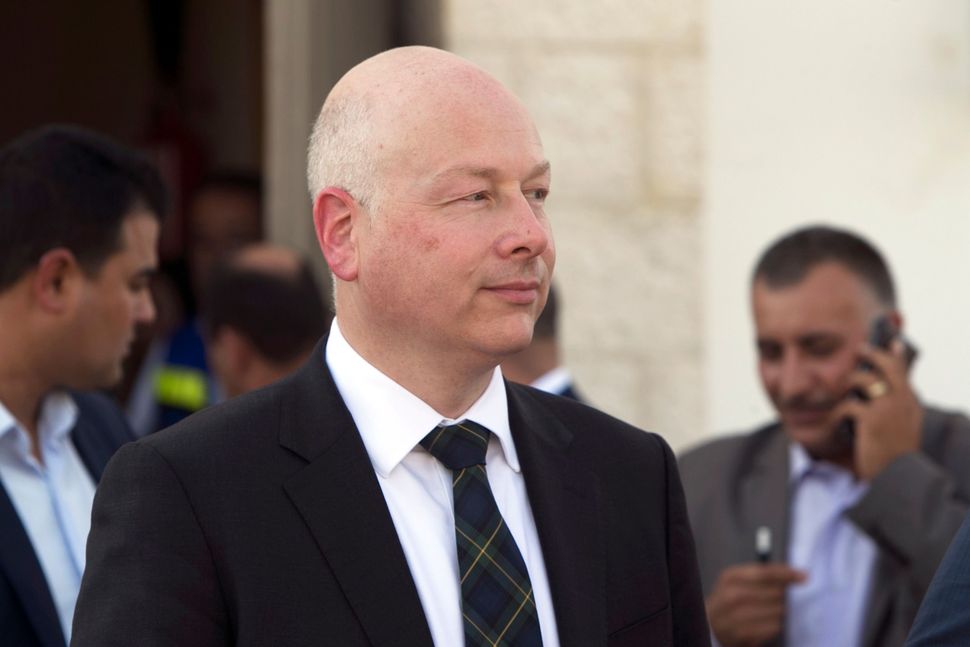 (JTA) — Jason Greenblatt said he left his position as special representative for international negotiations in the Trump administration because of political turbulence in Israel — and the financial cost of raising an Orthodox family in America.

In an interview with Mishpacha Magazine, one of the most widely read haredi Orthodox weeklies, Greenblatt said he decided to leave when it seemed clear that a third round of Israeli elections in less than a year was likely.

“Once I did the math and realized that there’s an impasse and it might mean long months in which we couldn’t move forward, I felt like it was appropriate to step down,” he said. “I had already stayed longer than I’d committed to.”

Greenblatt was part of the team led by Jared Kushner, a top presidential adviser and Trump’s son-in-law, that was drafting a Middle East peace plan. That plan has never been revealed in its entirety.

Greenblatt does not plan on returning to the Trump administration, though he “hope[s] he wins again.”

Despite feeling that his service was important, it wasn’t necessarily financially or personally sustainable.

“We have six children with yeshiva tuitions and the relevant expenses, and for the last three years, we were cutting into savings significantly,” he told Mishpacha. “Naomi and the children were packing up and driving up to D.C. almost every Shabbos. I couldn’t often get away. It was a crazy lifestyle. They were amazing years, but it wasn’t family life.”

Greenblatt also is not planning on returning to his plush job as a top lawyer in the Trump Organization anytime soon.

“If the president isn’t there, the big deals aren’t happening and I’m not needed,” he said.

But that doesn’t mean he’s going to be writing a tell-all.

“I have no bombshell revelations,” Greenblatt said. “I have tremendous respect for President Trump and his family, and I try hard not to speak lashon hara [evil speech] and to avoid rechilus [gossip]. I try to be a mensch.”