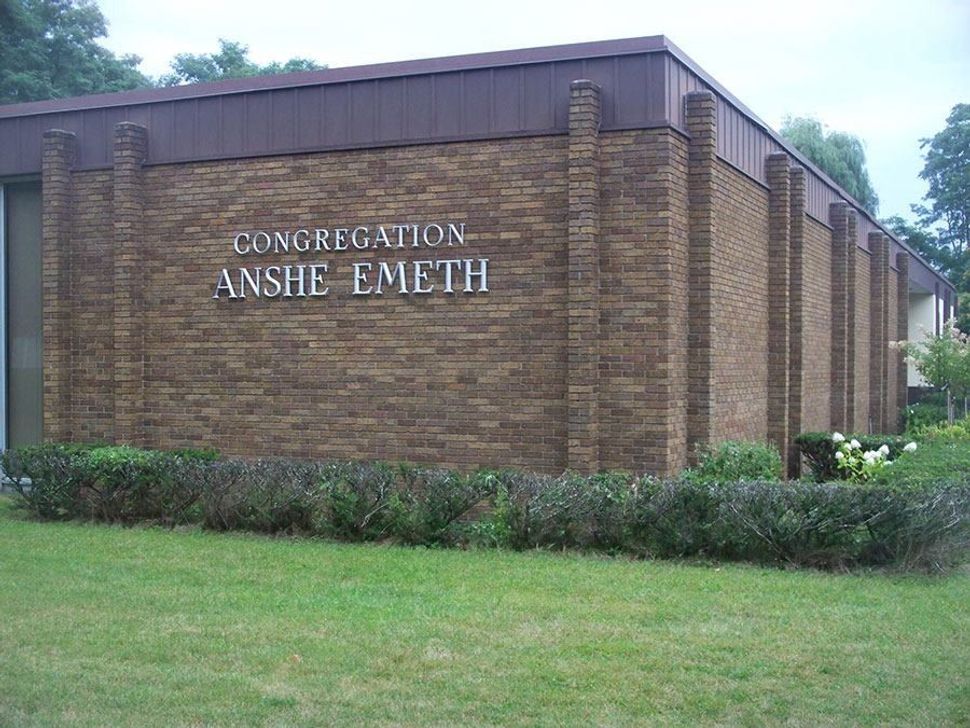 (JTA) — An upstate New York woman has been charged with a hate crime for throwing pieces of pork at a local synagogue.

Tara Rios, 47, of Hudson, was arraigned in Livingston Town Court on Saturday and charged with first-degree harassment as a hate crime, according to local reports.

Rios went to Congregation Anshe Emeth in Greenport on Jan. 19 and threw a package of pork chops on its front steps, CBS 6 Albany reported. She returned to the synagogue at 3 a.m. to photograph her actions, police said.

She was released on her own recognizance and is scheduled to return to court on Monday.

“These acts caused the membership of Congregation Anshe Emeth to be in reasonable fear of further anti-Semitic acts which could result in physical injury,” according to the criminal complaint filed by state police, Columbia-Greene Media reported.