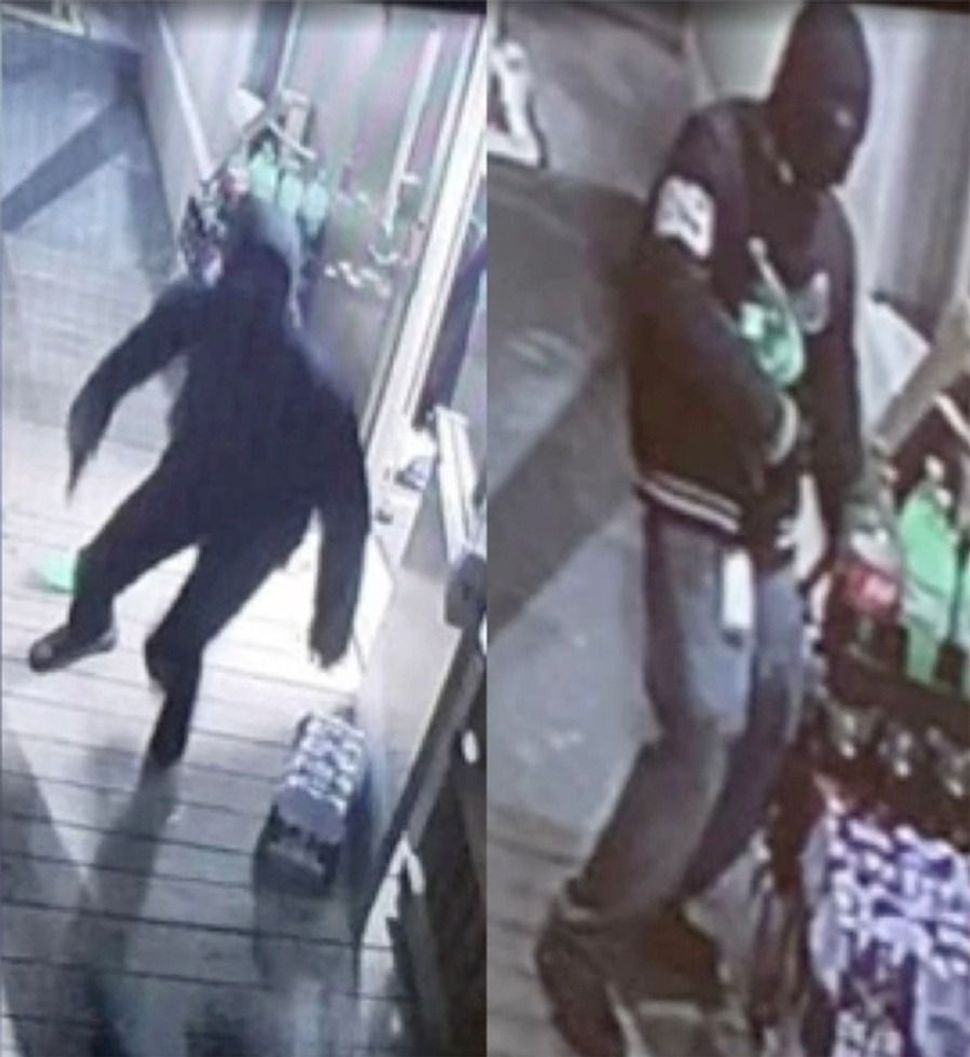 (JTA) — Two gunmen who tried to hold up a worshipper inside a Baltimore synagogue after Sabbath services were forced to flee after the intended victim fought back.

The men entered the Khal Chassidim Synagogue in the Park Heights neighborhood on Friday evening. One of the suspects pointed a handgun at a congregant and tried to rob him, police told the newspaper. The intended victim and a suspect then engaged in a “struggle,” which caused the would-be robbers to flee, according to police. The victim was not injured, the local CBS affiliate WJZ reported.

Photos of the men have been obtained from surveillance video. They also are suspects in two other robberies in the area, the Baltimore Sun reported.

Police reportedly have increased patrols in the area.