ADL Poll: Anti-Semitic violence is on the rise in America 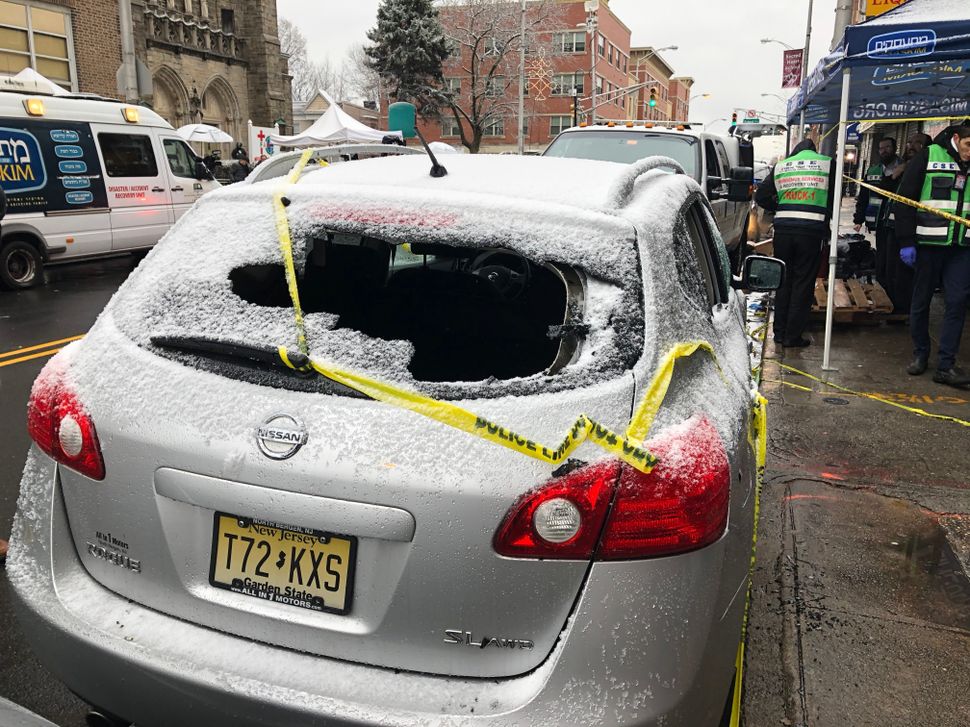 A shot out car sits parked outside of a kosher supermarket in Jersey City, New Jersey. Image by Ari Feldman

(JTA) — Despite a rise in anti-Semitic violence in recent years, the proportion of Americans holding “intensely” anti-Semitic views remains small, according to a new poll.

The poll, conducted by the Anti-Defamation League and published Wednesday, asked 11 questions of U.S. adults regarding traditional anti-Semitic stereotypes, using a protocol the organization developed more than 50 years ago.

While 61 percent of respondents said they agreed with one or more of the stereotypes, only 11 percent said they believed in a majority of them. That number is consistent with the ADL’s surveys over the past 25 years.

“Our research finds that this uptick [in anti-Semitic violence] is being caused not by a change in attitudes among most Americans,” said ADL CEO Jonathan Greenblatt in a statement. “Rather, more of the millions of Americans holding anti-Semitic views are feeling emboldened to act on their hate.”

The poll found that many Americans do believe in certain longstanding anti-Jewish stereotypes, even though few subscribed to most of the beliefs:

The survey also found that large majorities of Americans have positive feelings toward Jews, and that a majority is very or somewhat concerned about violence against Jews.

And the survey found that small percentages of Americans hold anti-Israel views:

A 2019 ADL poll of 9,000 Europeans found that a quarter subscribed to most of the stereotypes — and that anti-Semitic attitudes are on the rise in several countries.

The post ADL poll: Anti-Semitic violence is on the rise in America — but anti-Semitic attitudes are not appeared first on Jewish Telegraphic Agency.

ADL Poll: Anti-Semitic violence is on the rise in America