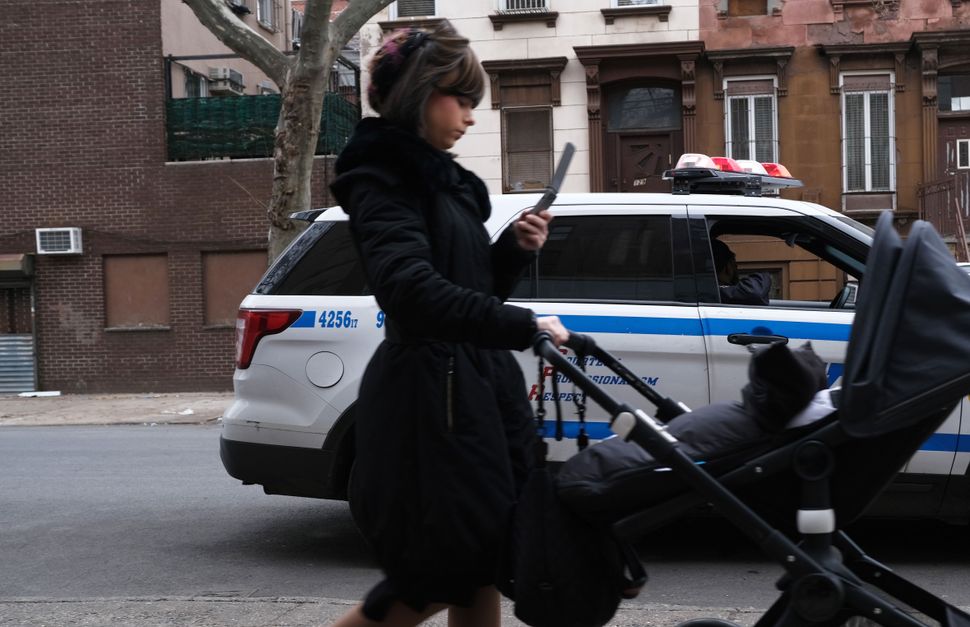 A member of an Orthodox Jewish community walks through a Brooklyn neighborhood on December 29, 2019 in New York City. Image by Getty Images

NEW YORK (JTA) — There were fewer anti-Semitic hate crimes in New York City in January than in the same month last year.

The period between Jan. 1 and Feb. 2 saw 21 hate crimes directed at Jews, according to a preliminary set of statistics published Tuesday by the New York Police Department. The same period last year had 25 anti-Semitic hate crimes.

According to Mitchell Silber, UJA-Federation of New York’s top security official, nearly two-thirds of the anti-Semitic incidents in New York are committed by young people. In a statement accompanying the January data, Mayor Bill de Blasio said that the NYPD has assigned certain officers to address crimes committed by youth and help young people avoid interacting with the criminal justice system.

“As we double down on our efforts, we will be building bonds with our youngest New Yorkers to make our city safer and fairer,” de Blasio said in the statement