Bernie Sanders: Being Jewish is one of top things that shaped my worldview 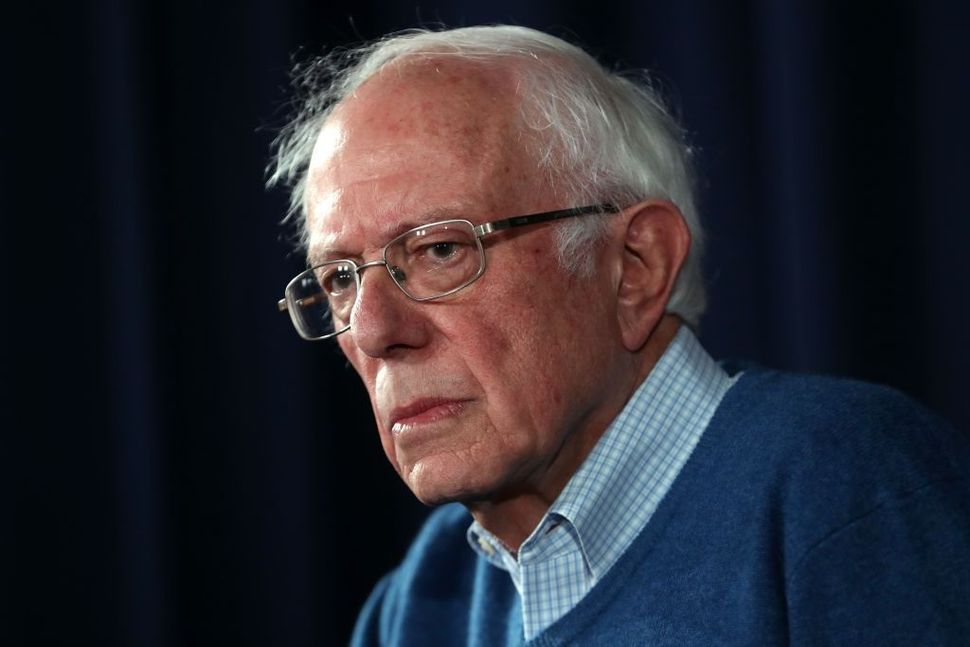 WASHINGTON (JTA) — Bernie Sanders said that his Jewishness is one of the two main factors that shaped his outlook.

The Vermont senator, appearing on a CNN town hall for Democratic presidential candidates broadcast Thursday from New Hampshire, was asked by a local woman about his Jewish identity.

“It impacts me very profoundly,” he said. “When I try to think about the views that I came to hold there are two factors. One I grew up in a family that didn’t have a lot of money…and the second one is being Jewish.”

Sanders recalled as a child reading “big picture books of World War II” and “tears were rolling down my cheeks” as he learned the fate of Jews. He also remembered seeing Holocaust survivors in his Brooklyn neighborhood with numbers tattooed on their arms, and a recent visit to his father’s hometown in Poland, where locals took him and his brother to a site where Nazis committed a mass murder of Jews.

Much of Sanders’ extended family perished in the Holocaust.

He said the experiences shaped his views particularly in opposing President Donald Trump and the “racial division” he said Trump promoted.

Sanders, 78, was long reluctant to discuss his Jewish upbringing but began to open up well into his 2016 campaign for the Democratic presidential nomination when he became the first Jewish candidate to win major-party nominating contests.

He has made his Jewish identity a central factor of his 2020 campaign, although he has also drawn criticism for agreeing to have as surrogates like activist Linda Sarsour and Rep. Rashida Tlaib, D-Mich., who have been accused of peddling anti-Semitic myths.

New Hampshire’s primary, the second nominating contest, takes place next Tuesday. Iowa caucuses, which took place on Monday, have yet to declare an outcome, but Sanders appears tied in the lead with former South Bend, Indiana Mayor Pete Buttigieg.

The post Bernie Sanders: Being Jewish is one of two factors that shaped his outlook appeared first on Jewish Telegraphic Agency.

Bernie Sanders: Being Jewish is one of top things that shaped my worldview