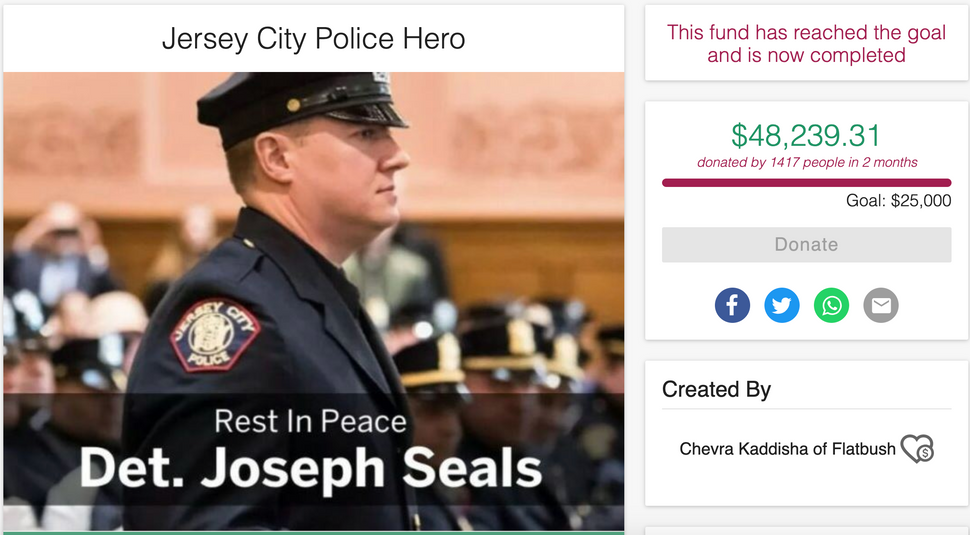 (JTA) — A crowdfunding campaign spearheaded by an Orthodox community in Brooklyn raised some $48,000 for the family of the police officer killed in the Jersey City attacks that also left three dead at a kosher market in the city.

A check was presented Tuesday to the widow and five children of Det. Joseph Seals 40, at City Hall in Jersey City.

The campaign through The Chesed Fund, which had a goal of $25,000, was spearheaded by Jewish leaders in the Orthodox community of Flatbush and administered in conjunction with the Yeshiva World News website.

More than 1,400 donors gave to the campaign, mostly from New York and New Jersey, but also from Israel and around the world.

The two shooters who targeted the JC Kosher Supermarket in the Dec. 10 spree gunned down Seals during an encounter at a nearby cemetery. The assailants later killed three people at the supermarket before being shot dead by police.