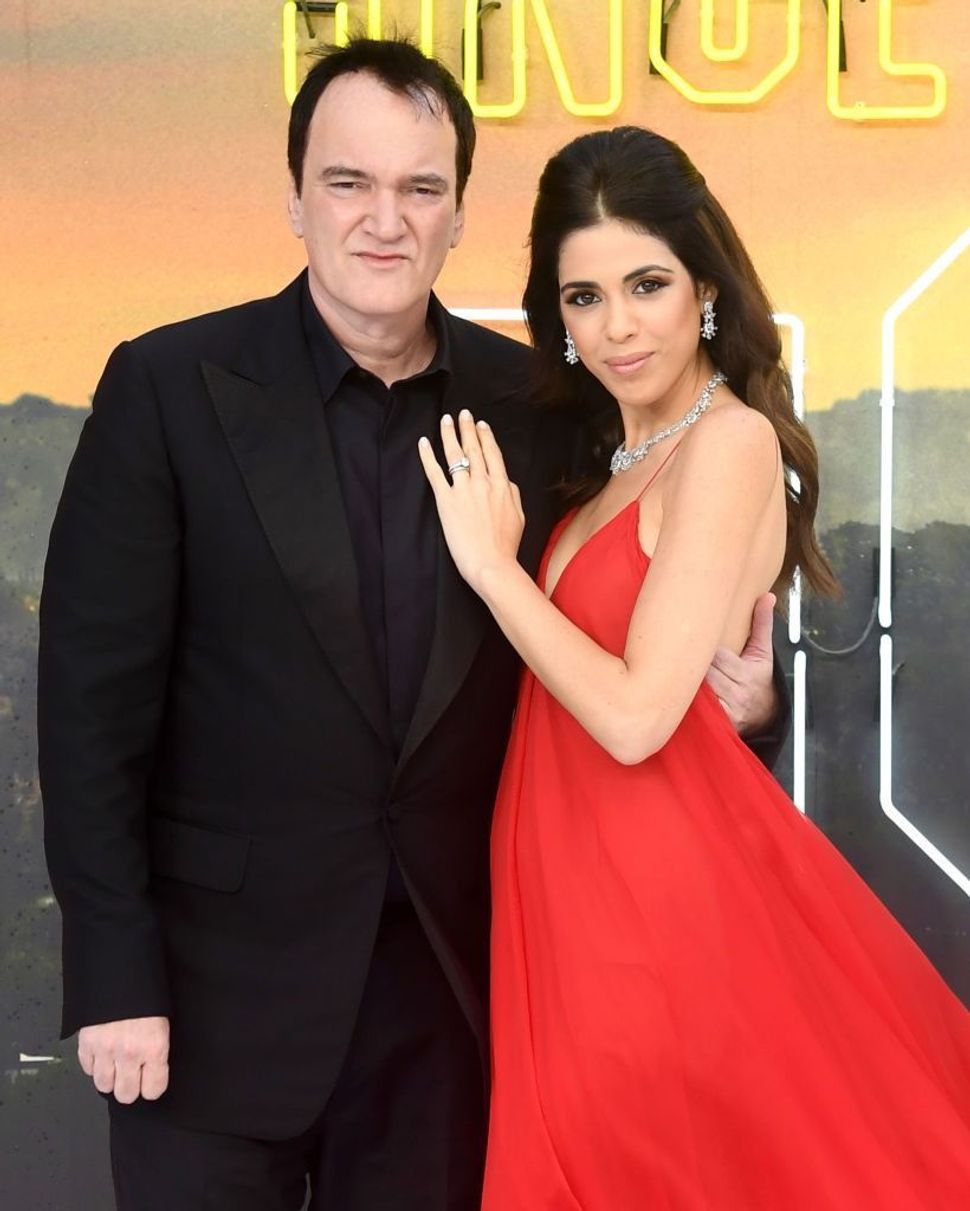 Director Quentin Tarantino and Daniella Pick attend the “Once Upon a Time… in Hollywood” UK Premiere at the Odeon Luxe Leicester Square on July 30, 2019 in London, England. Image by Gareth Cattermole/Getty Images

(JTA) — Director Quentin Tarantino and his Israeli wife, the model and singer Daniella Pick, welcomed a baby boy at a hospital in Tel Aviv.

The baby, the couple’s first, was born on Saturday afternoon and will be an Israeli citizen. No name has yet been announced, though reports say he will have a ritual circumcision and the couple could be waiting until then to make the name public.

The couple currently live in Israel. In November, they rented a home in an affluent neighborhood in the northern part of Tel Aviv for nearly $23,000 a month.

Tarantino, 56, and Pick, 20 years his junior, started dating in 2009 when the director was in Israel promoting his movie “Inglorious Basterds.” They later broke up but began dating again in 2016.

The couple married under a huppah, or Jewish wedding canopy, in 2018, shortly after Tarantino finished filming “Once Upon a Time … in Hollywood.” A Reform rabbi participated in the ceremony and Tarantino wore a yarmulke.

Pick is the daughter of the popular Israeli singer and composer Svika Pick.