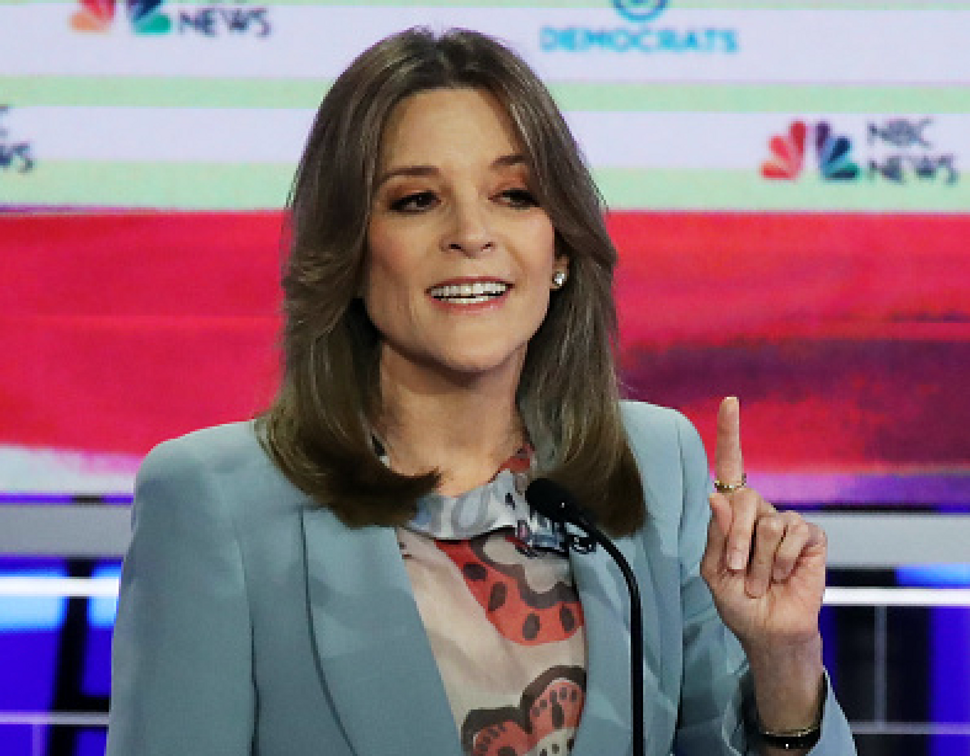 Williamson offered her support during an appearance Sunday at a Sanders rally in Austin, Texas.

“The fact that when I was a little girl I put my hand over my heart and pledged allegiance to a nation with liberty and justice for all, turned me into a woman who gets really pissed when I see it not happening.” Here is my Sanders endorsement https://t.co/jX20VdCVh0 via @YouTube

Williamson, who dropped out of the race in early January, also backed Sanders in his unsuccessful White House bid in 2016.

Among her campaign promises was paying reparations to African-Americans for slavery and creating a Department of Peace. Williamson drew criticism for some controversial comments on health issues, including calling mandatory vaccines “Orwellian” and clinical depression “a scam.” She later backtracked on the comments.