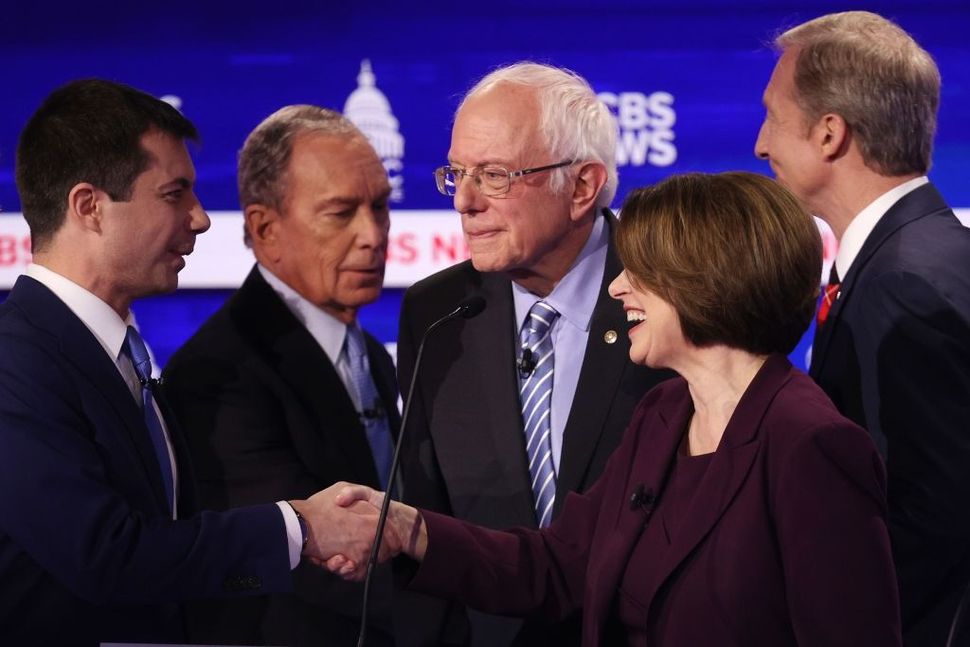 (JTA) — Democratic presidential candidates Amy Klobuchar and Pete Buttigieg said they will not attend AIPAC’s annual conference because it overlaps with Super Tuesday.

Their absence leaves former New York mayor Mike Bloomberg as the only Democratic candidate to confirm that he will speak at the prominent Israel lobby’s confab March 1-3 in Washington, D.C. The event draws some 18,000 people each year.

Attendance has become a hot-button issue after Sen. Bernie Sanders, the front-runner in the Democratic presidential race, said he would skip the conference, tweeting that he is “concerned about the platform AIPAC provides for leaders who express bigotry and oppose basic Palestinian rights.”

Super Tuesday, on March 3, will feature nominating contests in 14 states and likely will be a make-or-break day for several candidates. Buttigieg, the former mayor of South Bend, Indiana, and Klobuchar, a senator from Minnesota, are among those battling for the right to challenge President Donald Trump in November.

Vice President Mike Pence will be among the speakers at AIPAC. Among the Democrats speaking will be two high-profile New York lawmakers, Senate Minority Leader Chuck Schumer and Rep. Hakeem Jeffries, chair of the House Democratic Caucus and one of the House managers in Trump’s impeachment trial.