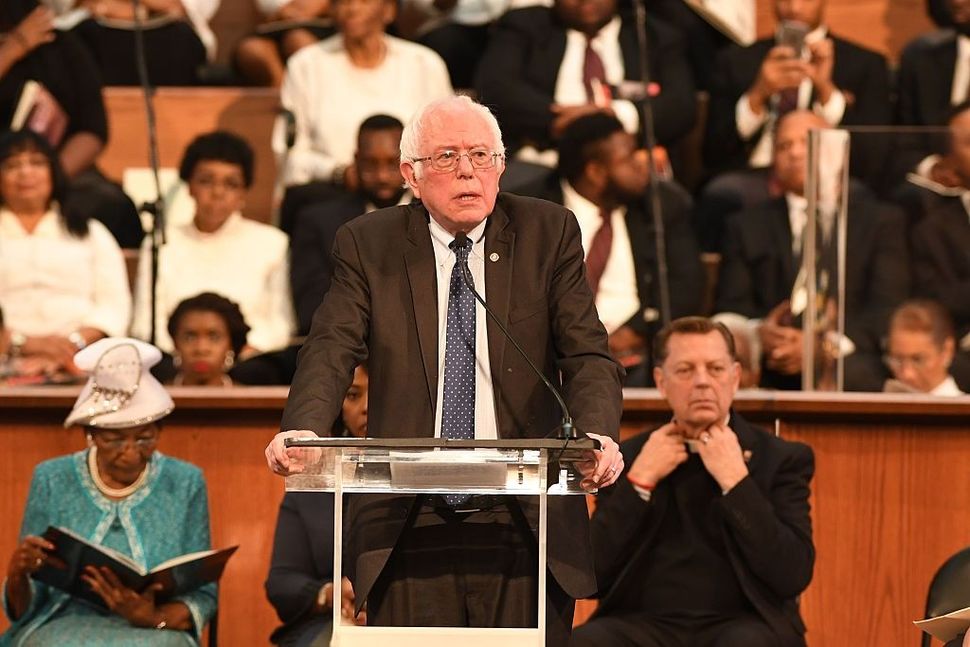 Around 60% of Americans think that Sen. Bernie Sanders isn’t religious, according to a survey released by the Pew Research Center Thursday.

Some 75% of Jewish respondents described Sanders as not religious — a much higher rate than the general population. The only subgroup with a majority that thought Sanders is religious was black Protestants.

Sanders’ Jewish identity – pride in being Jewish but not involved in organized religion – is actually quite common. According to Pew’s 2013 study of American Jews, 44% said religion was not very or not at all important to their life compared to 26% who said it was very important, and 41% said they seldom or never attend religious services, compared to 23% who said they attend at least once a month. In this way, Sanders is actually more representative of the American Jewish population than the last Jew to run for president, the Orthodox Jewish former Sen. Joe Lieberman.

Sanders, who would be the first Jewish president, and has repeatedly said he is “very proud to be Jewish.” He told The New York Times this year that he’s “not actively involved in organized religion,” but said he was not an atheist: “I believe in God. I believe in the universality of people. That what happens to you impacts me.”

The religiosity survey, which was conducted between February 4 and 15, also found that a majority of respondents thought that former Vice President Joe Biden was a religious person, while most felt that Sen. Elizabeth Warren and former South Bend, Ind. Mayor Pete Buttigieg — both of whom frequently cite the Bible on the campaign trail — are not religious.