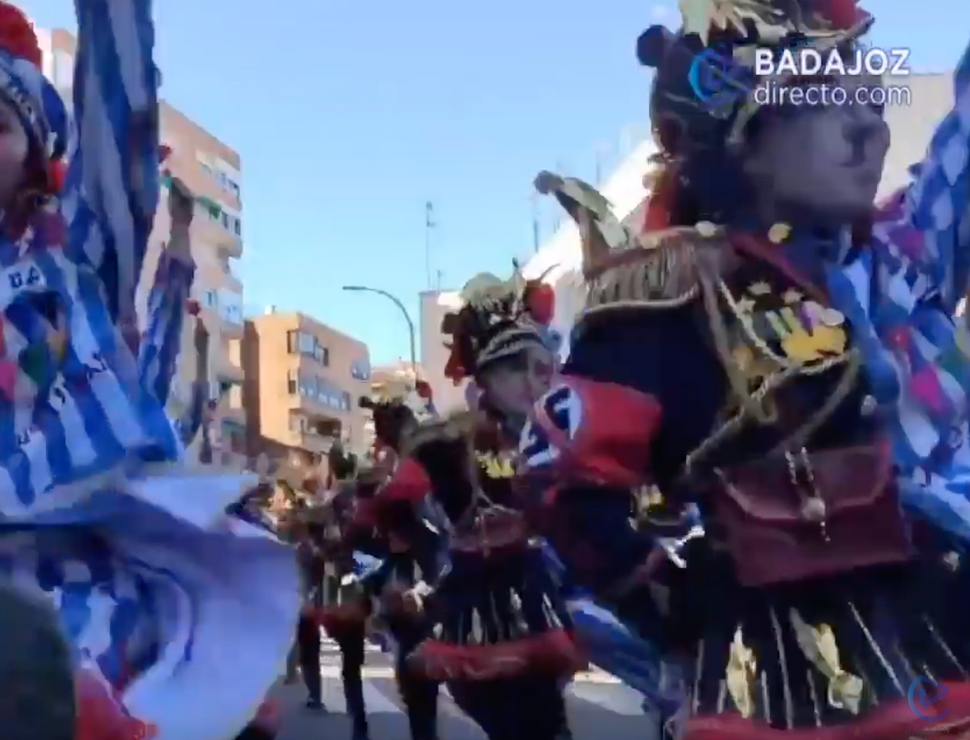 Carnaval Badajoz in Spain featured a performance with dancers dressed as Nazis and Jews in prison garb. Image by Youtube/BadajozDirecto

(JTA) — A second carnival in Spain has referenced the Holocaust with Nazi and concentration camp prisoner uniform costumes. The theme was “the same.”

The Holocaust-themed display at the Feb. 23 event in Badajos occurred amid debate on the appropriateness of festive parades apparently making light of the murder of millions of Jews and Romanis by the Nazis. That was spurred by processions the same week in Belgium and in Campo de Criptana, a town about 80 miles south of Madrid.

In Badajos, which is about 200 miles southwest of Madrid, dozens of participants marched on the main street.

The earlier parades had provoked outrage and condemnations from the European Commission and Israel for similar imagery.

In addition to Nazi allusions, the carnival in the Belgian city of Aalst also had caricatures of Jews, including of haredi Orthodox dressed like insects. Both the Aalst and Criptana events were condemned as offensive to the memory of Holocaust victims.

The carnivals take place across the Catholic world during Lent, the 40-day period that precedes Easter.

Though the Badajos procession prompted less criticism than other events, it went further in equating Nazis and their victims. The show included a banner emblazoned with a swastika locked inside a Star of David. There were flags bearing only the swastika and other flags with the German-language word for Jew appearing inside a Star of David.

Dozens of the display’s participants danced ecstatically as they waved those symbols and others to the rhythm of the sound of a train gaining speed as onlookers cheered and applauded them. Behind them, men in prisoner uniforms pushed a float shaped like a giant train with musicians.

The group that put on the show, Los Mismos — Spanish for “the same” — is one of Badajo’s most popular and specializes in amusing juxtapositions. Their previous acts included space monkeys and astronauts and pirates who were also colonial discoverers.

Some of the Badajos show’s participants were dressed in costumes with blue and white vertical stripes, evoking the uniform of Nazi concentration camp prisoners, with a Star of David emblazoned on the backside.

Heading the processions were two participants in mixed costumes holding up a board reading “the same” with the painting of a girl wearing a gas mask and the striped uniform of Nazi concentration camp prisoners. There were several girls wearing red dresses in a reference to a scene in Steven Spielberg’s film “Schindler’s List.” One such girl headed the procession while walking hand in hand with a man wearing a Hitler costume.

Behind them, two participants dressed like prisoners pushed a float shaped like the gate to the Nazi Auschwitz death camp in Poland.

A video of the event shows them waiting excitedly for dancers who carried out elaborate choreography.

A commentator for the Extremadura Canal channel said during her comments about the display that it showed that organizers “clearly exercised all the necessary sensitivity that goes with this theme.” They told her that the theme was selected to celebrated the 75th anniversary of the liberation of Nazi death camps.

The post At another Spanish carnival, dancers equate Jews and Nazis alongside train and Auschwitz floats appeared first on Jewish Telegraphic Agency.