Ilhan Omar ‘one of the greatest people I know’: Sanders at Super Tuesday rally 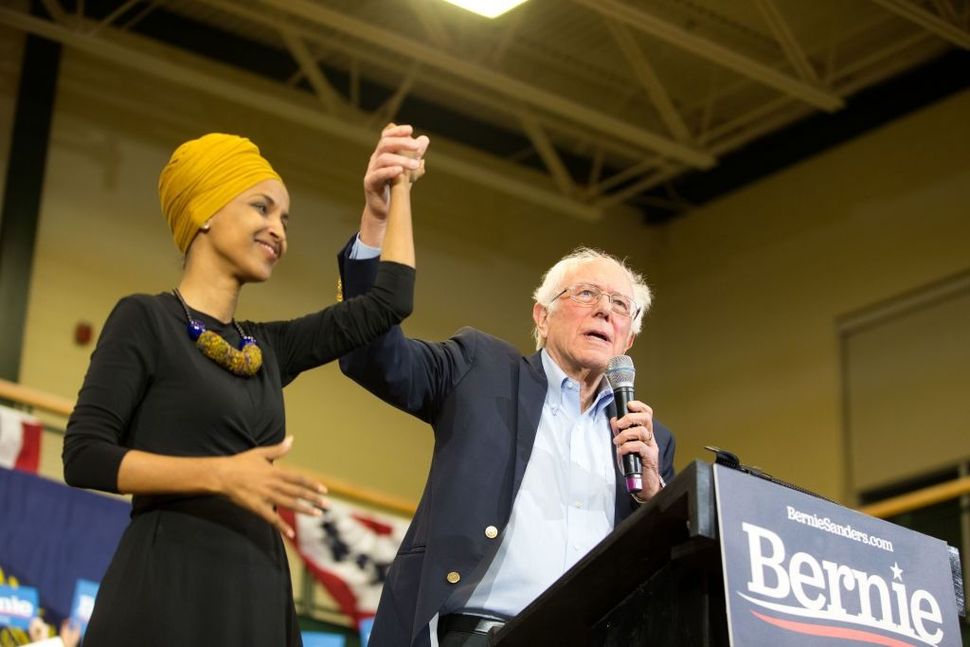 Sen. Bernie Sanders campaigned with Rep. Ilhan Omar in Virginia on Saturday, where the presidential candidate called the controversial congresswoman “one of the greatest people I know,” Patch reported.

The two of them will also be campaigning together in Minnesota on Monday night.

Virginia is one of the 15 states and territories that will be voting on Super Tuesday, as are Sanders and Omar’s respective home states of Vermont and Minnesota. Speaking at the rally in Springfield, Va., Omar predicted a Super Tuesday victory. “We are going to win because we are building a movement that is multiracial, multi-generational, multi-ethnic, multi-religious,” she said.

After her fulsome introduction of him, Sanders joked, “I don’t know what I can say that Ilhan hasn’t already said. So I’m going home.”

Omar was accused of anti-Semitism last February after she claimed that the pro-Israel lobby AIPAC paid politicians to be pro-Israel (AIPAC does not donate to candidates but its members do). Sanders defended her during a Fox News town hall two months later, saying that she wasn’t anti-Semitic but had to do a “better job in speaking to the Jewish community.”

At the time, he also said that he had only talked to her twice ever, but since then, the two have grown closer. Omar was the third member of Congress to endorse him, doing so in October, and the two subsequently appeared together at a rally in Minnesota the following month, where Omar, one of the first Muslim women elected to Congress, said she was “proud to stand with the son of a Jewish refugee who survived genocide.”

Ilhan Omar ‘one of the greatest people I know’: Sanders at Super Tuesday rally