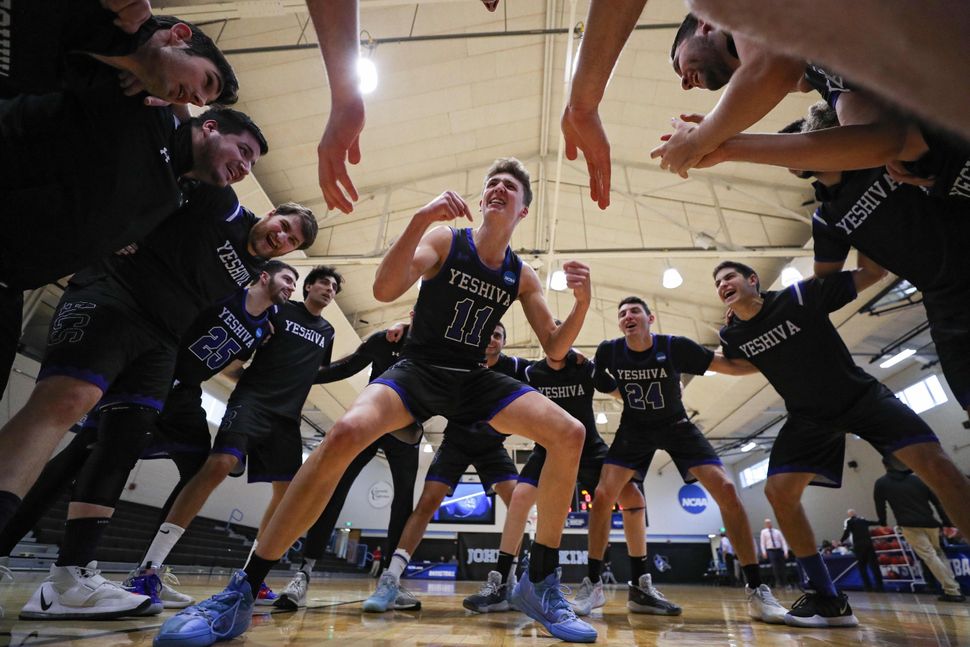 The Mighty Maccabees before their first-round game Friday. Image by Getty

The game took place in Baltimore at Johns Hopkins University’s 1,100-seat Goldfarb Gym. Due to concerns about coronavirus cases in Maryland, spectators were not permitted to attend the game.

The team’s record run comes as Y.U. was forced to cancel all in-person classes at its two Manhattan campuses after one student tested positive for coronavirus.

Y.U.’s team had minimal time to warm-up for the game, which started about two hours after the end of the Jewish sabbath. On the other side, Penn State Harrisburg was forced to play just a day after its double-overtime upset over Johns Hokpins.

This year marks only the second time Y.U.’s basketball team has qualified for the NCAA tournament. In their first trip, in 2018, the Maccabees lost in the opening round to York University. This time around, Y.U. has already racked up two tournament wins and is headed to the Sweet Sixteen.