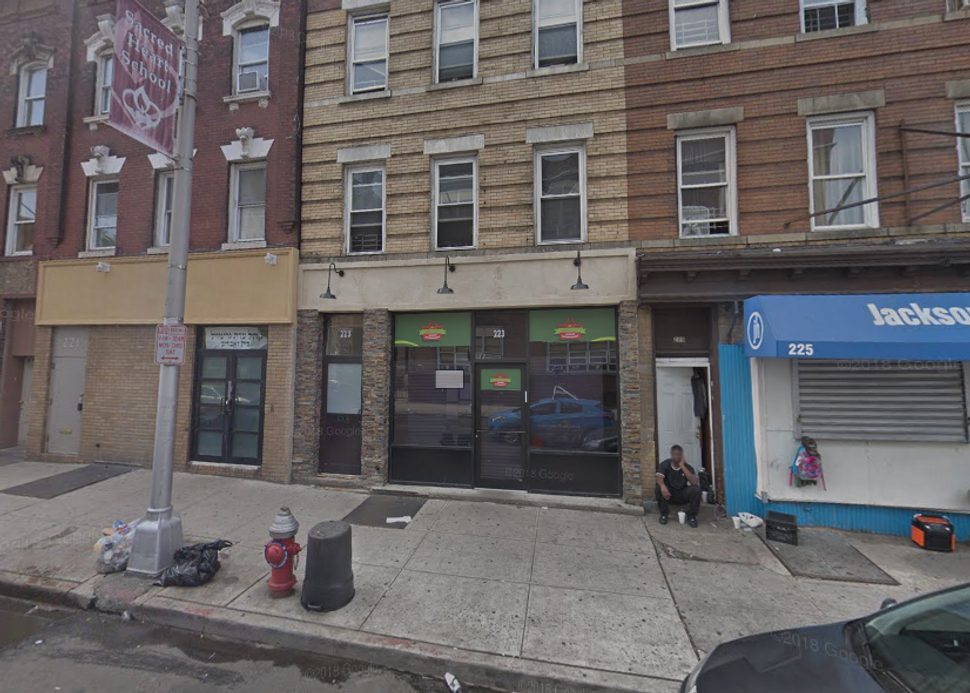 The exterior of 223 MLK Drive in Jersey City. Image by Google

(JTA) — A New Jersey man was arrested for making menacing remarks to the property manager of the Jersey City kosher supermarket where gunmen left three dead in December.

Taylor Stackhouse was arrested Thursday after threatening the man, who was dressed in traditional Hasidic Jewish clothing, the Hudson County prosecutor’s office said in a statement.

David Anderson and Francine Graham killed Mindy Ferencz, whose family owned the market, shopper Moshe Deutch, and employee Douglas Miguel Rodriguez in a Dec. 10 attack at the store. Police killed the shooters during a standoff that lasted several hours.