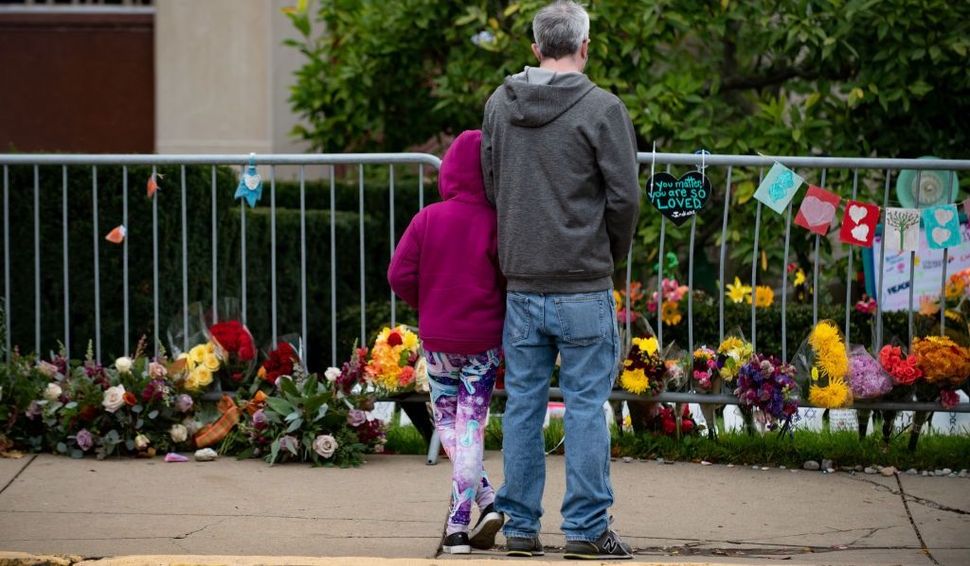 (JTA) — The three congregations housed at Pittsburgh’s Tree of Life synagogue will distribute more than $5.4 million donated in the aftermath of the deadly October 2018 shooting there.

In a news release Monday, the congregations announced that they planned to distribute just over $3 million to the families of the 11 people killed in the attack by a lone gunman and two seriously injured worshippers. Another $1.2 million will be directed toward the rebuilding of the Tree of Life building.

Most of the remaining funds will go to support memorialization and honoring first responders, as well to the two congregations that rented space in the building, Congregation Dor Hadash and New Light Congregation.

The funds were donated between the attack on Oct. 27, 2018, and the end of April 2019, and are separate from those collected by the Pittsburgh Jewish Federation’s Victims of Terror Fund, which were distributed by April 2019.

The distributions were based on the recommendations of an independent committee convened by the federation that delivered its report in February.

“One of the principles that guided the committee’s deliberations relative to the funds received by Tree of Life was ‘shalom b’bayit’ — the need to arrive at recommendations that would foster healing in the congregations, among victims’ families and harmony throughout the wider Jewish community,” said Barbara Caplan, co-president of New Light Congregation.

The post Families of Pittsburgh synagogue victims to get $3 million from donated funds appeared first on Jewish Telegraphic Agency.