Preparing for the worst-case scenario: Jewish aid groups scramble amid the coronavirus outbreak 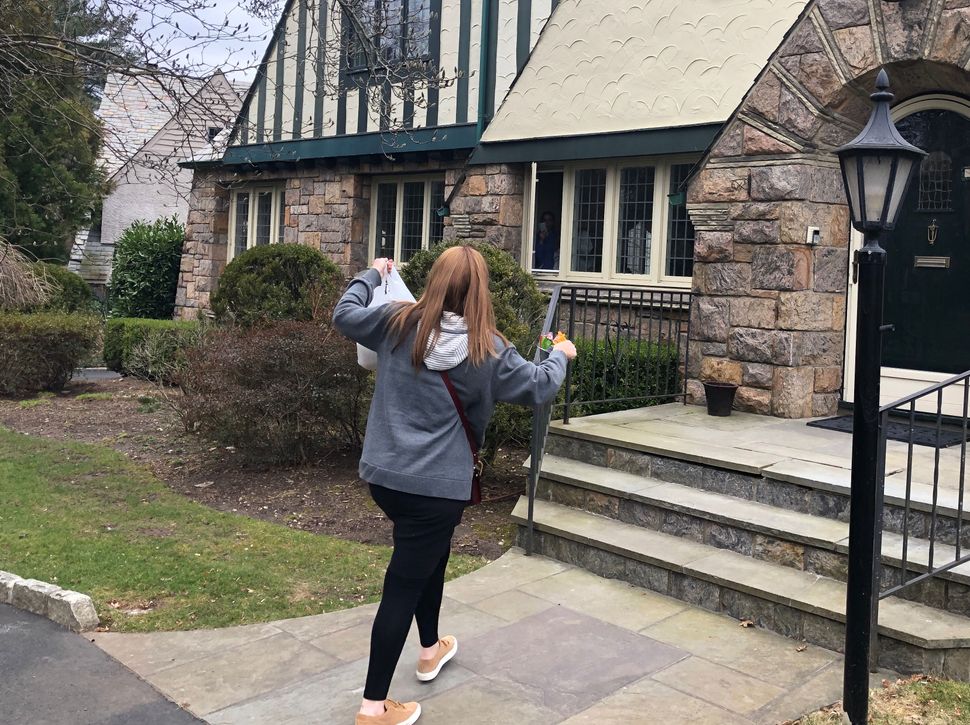 NEW YORK (JTA) — The run-up to Passover is the busiest time of the year for Masbia, a nonprofit that operates three kosher soup kitchens in Brooklyn and Queens.

The organization has to order all kosher-for-Passover food and scrub one of its locations’ kitchens so it can prepare food without any trace of bread or other leavened products. Right before the holiday is also when most people show up to stock up on groceries — swelling from 2,000 families in a typical week to about 4,000.

But that’s in a normal year, and this year is shaping up to be anything but normal.

With the coronavirus wreaking havoc on communities, Rapaport is scrambling to provide for the people who depend on his organization to feed their families — and whose need might deepen as quarantines, school closures and work cancellations become more widespread.

“Some of the people in the first rounds of quarantines in New York were people who were able to take the personal hit financially, meaning to say they were able to order food from ordering services or give their friends or family a credit card and things like that,” Rapaport said.

“If people who were hand to mouth, paycheck to paycheck or the very poor who are already struggling with food will be hit with quarantines or with kids home from school, that will immediately affect their ability to feed themselves.”

Demand at the pantry has already soared as people stock up ahead of possible quarantines and food shortages, Rapaport said. Meanwhile, volunteers worried about the virus have been coming in less often.

“The whole food economy may collapse on different levels, so [I’m] kind of anticipating the worst-case scenario,” he said.

Rapaport is far from the only Jewish social service provider grappling with the emerging consequences of the coronavirus, which the World Health Organization labeled a pandemic on Wednesday. The situation is posing unique challenges for those who rely on Jewish social services and the organizations that serve them.

Masbia is now preparing boxes with enough food to feed one person for two weeks, the length that people potentially exposed to the virus are being asked to quarantine, rather than just providing items to supplement recipients’ diet.

The Jewish Coalition Against Domestic Abuse, which supports victims in the Washington, D.C.-area, announced that it is “safety planning with people who may be quarantined with their abuser.” The group urged those needing help to call its helpline.

And organizations that provide interest-free loans say they are making emergency aid available — but have concerns about when and whether people whose jobs are suspended will be able to make repayments.

On Sunday, Hebrew Free Loan of San Francisco — an organization that provides interest-free loans mostly to members of the Jewish community — announced that it is offering emergency loans of up to $20,000 to those suffering economically as a result of the coronavirus breakout. Three people have already applied and are in the process of being evaluated, the organization said.

“We’ve learned that the important thing is to get out right away to offer assistance,” Executive Director Cindy Rogoway said.

Rogoway anticipates that some people who already are receiving loans from the organization may not be able to pay back on schedule if they are unable to work due to the coronavirus. She said the organization “depend[s] very heavily on the repayments in recycling the loan flow.”

“I am concerned,” Rogoway acknowledged. “We will have enough for the immediate onslaught, but I think what we also have to look at is that people may need to ask for payment forgiveness or [to slow down] their monthly payment, and that could start to really hurt the cash flow.”

The New York-based Hebrew Free Loan Society, which serves Jewish and non-Jewish residents of New York City, Westchester County and Long Island, launched a similar program on Monday. It will provide interest-free loans of $2,000 to $5,000 to those in financial struggle because of the coronavirus.

“We are prepared for a whole raft of financial needs that people will be experiencing because of coronavirus outbreak,” said Rabbi David Rosenn, the group’s executive director.

The Hebrew Free Loan Society typically requires applicants to provide two guarantors who can assure that loans will be repaid, but in this case the organization is only requiring one.

It is raising money from private donors and working with the UJA-Federation of New York to cover the costs of the additional loans.

The federation is coordinating with a number of other Jewish organizations, including synagogues, nursing homes and educational institutions, to anticipate needs that may arise as the outbreak progresses. For Shabbat, UJA-Federation delivered 600 boxes of meals last week to congregants of Young Israel of New Rochelle, an Orthodox synagogue that was closed after a member tested positive for the virus and many members were quarantined.

“This is a preparation phase, and we feel like the best information we have and the best thing to do is to be prepared,” said UJA-Federation’s chief planning officer, Deborah Joselow.

The Met Council, a Jewish organization that provides annual aid to 225,000 New Yorkers of all backgrounds, is working to ensure that its programming — including providing food to low-income recipients and housing to seniors — will continue to run smoothly amid the outbreak. The organization is ordering food and other essentials while making arrangements for its non-essential programming to take place remotely.

“We are working on projections to determine what additional food and resources we would need if in fact folks would have limited access or lower-income folks wouldn’t have enough money to purchase that,” CEO David Greenfield said.

Meanwhile Rapaport, the director of the soup kitchen network, said he’s trying his best to prepare in a situation full of unknowns.

“There’s no protocol we can follow or something that was done at a different disaster,” he said. “Especially before Pesach, it is just unprecedented.”

Preparing for the worst-case scenario: Jewish aid groups scramble amid the coronavirus outbreak