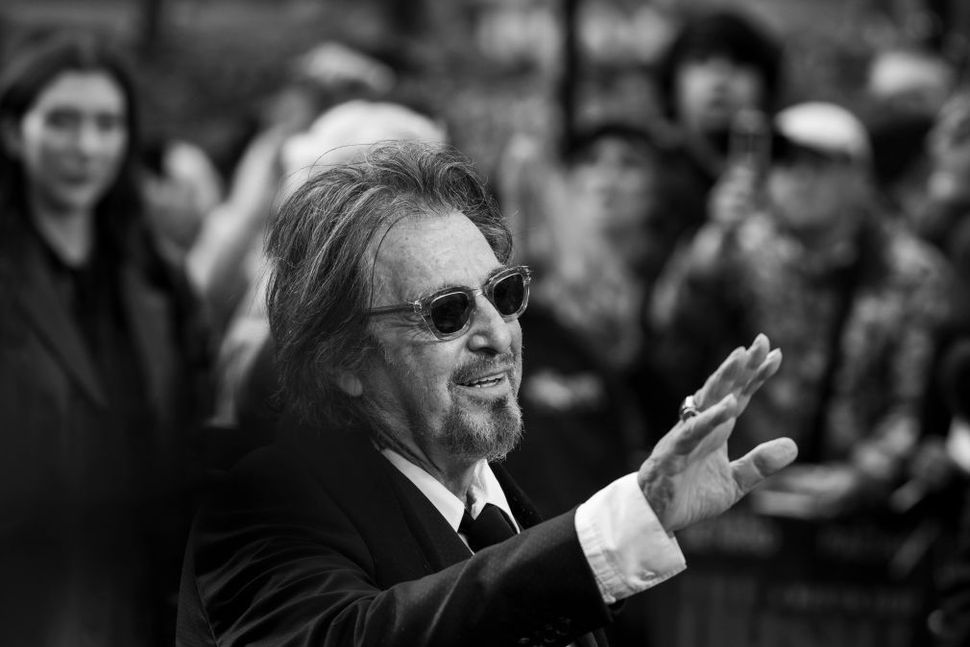 Al Pacino will track down Nazi’s in Amazon Prime’s “Hunters”. Image by Getty

(JTA) — The director of the Holocaust foundation founded by Steven Spielberg has called on Amazon Prime not to produce a second season of  “Hunters,” its fictional show about a crew of Nazi hunters in 1970s America.

“Survivors of the Shoah sought justice, not revenge,” Stephen Smith, who heads the USC Shoah Foundation Institute, the archive of survivor testimonies initiated by Spielberg in 1994, wrote in an op-ed published Thursday by the Jewish Journal. By blurring the difference, he wrote, the show “collapses all meaningful differences between victim and perpetrator.”

Smith, a renowned British scholar on the Holocaust, cited one scene in the pilot in which the vigilante avengers of a protagonist portrayed by Al Pacino gas a former Nazi chemist in her shower.

“Jews never gassed Nazis. Period. That I must even make this point is proof enough how perilous this slippery slope can become,” Smith wrote. “Amazon must not renew it for a second season.

“By blurring the line between fact and fiction, Hunters muddies the historical record, disrespects those who perished, and provides ammunition to those who seek to deny the truth of the Holocaust,” he also wrote.

If the filmmakers “had taken the time and trouble to listen to some real experiences,” he added, “the flashbacks to the Holocaust in the series could have been real things that happened to real people, rather than the fantasies of scriptwriters.”