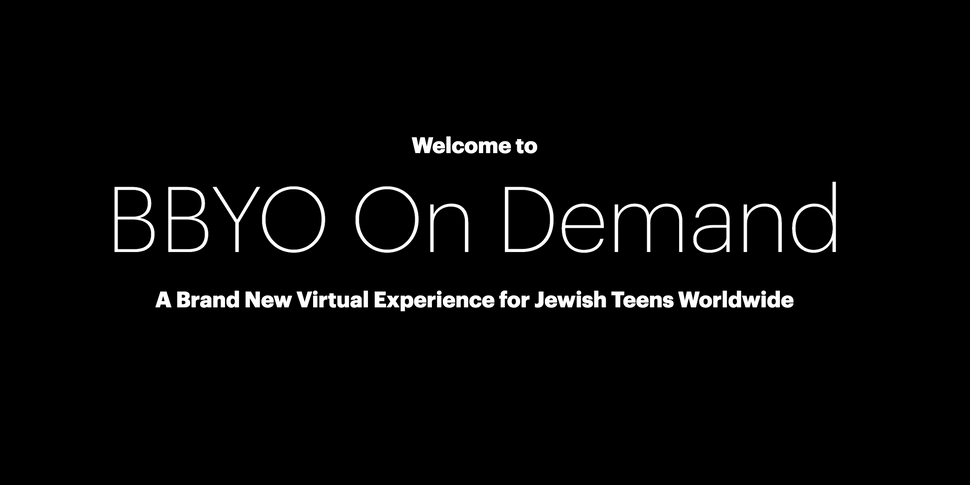 The new program will offer content from all over the world. Image by BBYO

BBYO, the international, pluralistic Jewish youth organization, is launching a streaming and on-demand video content center for Jewish teens to help Jewish institutions move their youth programming to the internet as schools, camps, sports events and other gatherings are cancelled and postponed due to coronavirus.

The service, called BBYO On Demand, launched Friday, and already has programs lined up for Sunday including watch parties for the HBO show Westworld, cooking shows, study halls and classes on the Talmud.

The idea for this service came last week as major festivals like South By Southwest began to cancel their events, and Jewish organizations began contingency planning for conferences, camps and conventions that would need to be rescheduled. BBYO has cancelled nearly all of its upcoming spring events.

But BBYO says that they have extended the opportunity to add content and schedule live-streamed programs to the site to any Jewish organization that wants in. They have interest from organizations in every denomination, according to Ian Kandel, BBYO’s VP of global strategy.

“We basically built a Netflix in a week,” he said. “We’re working under a premise of, get it out fast.”

Kandel said that they have Jewish educators, tour guides, cooks, comedians and others creating or planning programs for the site, as well as hundreds of BBYO members guiding strategy for what kind of programs teens want, such as ways to play video games together, register to vote or go online shopping via video chat. The program is free to use for anyone who wants to join.

“Right now, while teens all over the world need a place to escape to and rally and be with each other, and connect, we’re using every relationship we have to try and push that all online for the next couple of months,” he said.