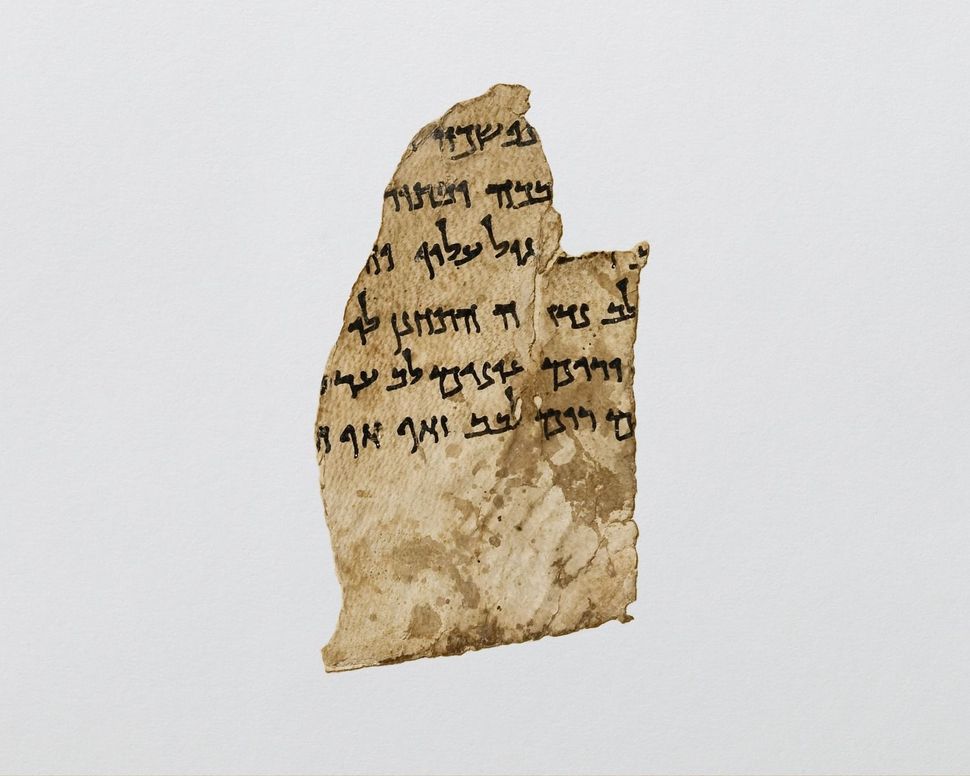 (JTA) – The 16 Dead Seas Scroll fragments housed at the Museum of the Bible in Washington, D.C., are forgeries, museum officials said Friday.

A team of researchers led by an art fraud investigator issued a 200-page report saying that while the fragments may be made of ancient leather, the ink was from modern times and altered to look like the real Dead Sea Scrolls.

Most of the 100,000 real Dead Sea Scroll fragments lie in the Israel Museum in Jerusalem, and the report does not question their authenticity. Bedouins found clay jars in the West Bank’s Qumran caves in 1947 holding thousands of the parchment scrolls dating back more than 1,800 years, including some of the oldest surviving copies of the Hebrew Bible.