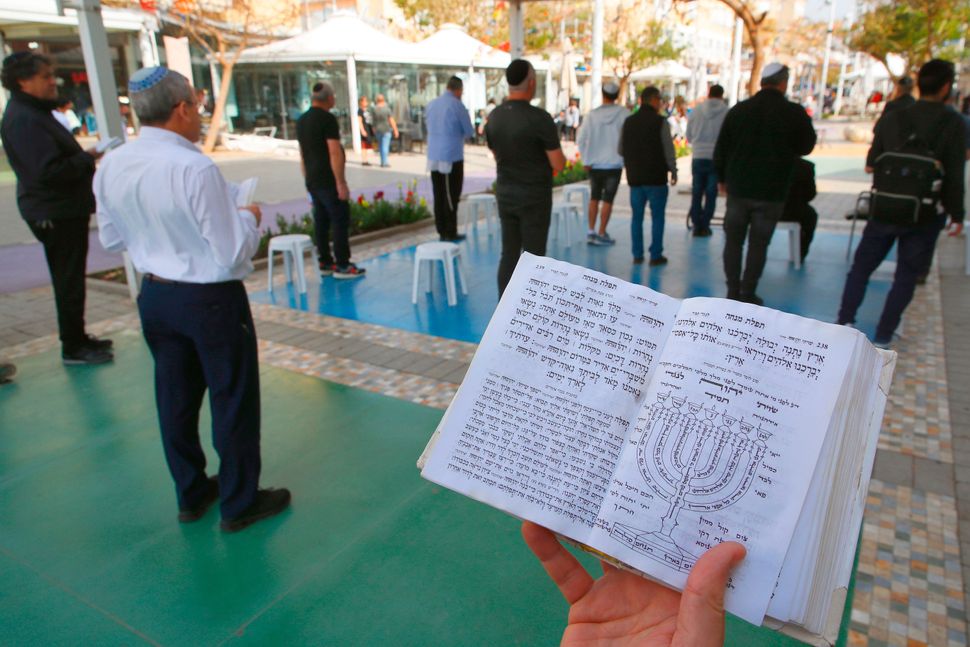 In the Israeli coastal city of Netanya, worshippers gather for prayer but maintain a required distance so as not to facilitate the spread of coronavirus. Image by Getty Images

JERUSALEM (JTA) — Senior rabbinic leaders of the haredi Orthodox community in Israel announced that schools and yeshivas will remain open, but they have limited class sizes to ten students to adhere to Ministry of Health directives.

The announcement was made in a letter published Monday morning that was signed by Rabbis Chaim Kanievsky and Gershon Edelstein, heads of the Ponovitz yeshiva in Bnei Brak, the Jerusalem Post reported.

The rabbis instructed any student who feels ill or who has an ill family member to stay home. They also cited a teaching from the Talmud that states that the world exists “for the sound of children studying Torah,” adding that Torah study “is the greatest protection so that the destroyer not come to Israel’s rooms.”

On Sunday, students at Ponovitz and other haredi yeshivas crowded into their main study halls, in contravention of Health Ministry directives, after Kanievsky last week ordered his followers to keep schools open. Several other prominent haredi rabbis also had ordered that schools and yeshivas remain open.