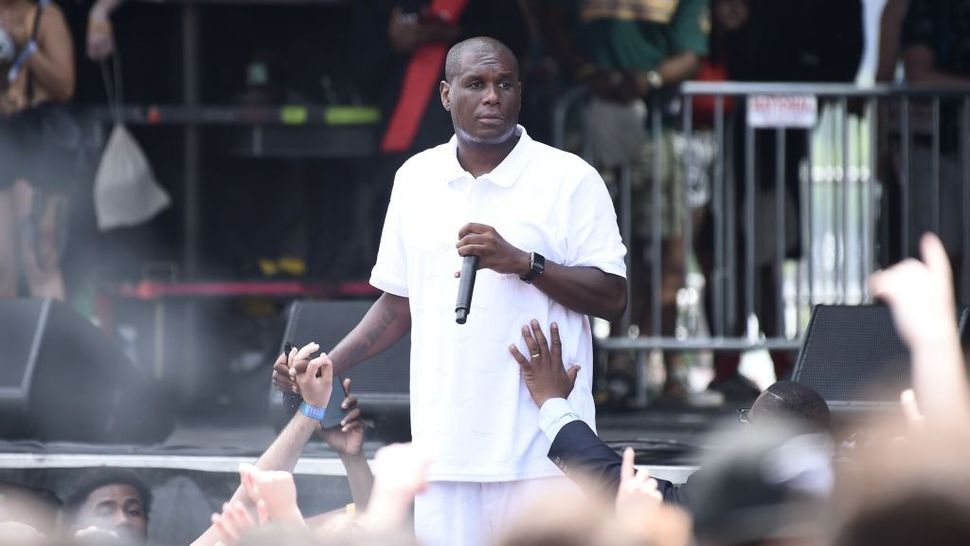 On the “Ghost of Soulja Slim” track, about a late rapper friend, Electronica raps in the second verse:

The synagogue of Satan want me to hang by my collar.”

Peter Rosenberg, a Jewish radio personality who appears on multiple rap and sports shows, took issue with the lines. At first he tweeted about a different reference Electronica made to the “synagogue of Satan,” one of multiple phrases from the New Testament that has prompted theological debate throughout history. Rosenberg said the phrase made him uncomfortable.

Not feeling this bar from Jay Electronica and I know I’m not the only person who felt a way about it .

But then Rosenberg corrected his mistake, saying he meant to discuss Electronica’s more recent use of the line, showing in the process that Electronica has used the term more than once.

Apologies I quoted the wrong song … when I googled “Synagogue of Satan” — I mistakenly assumed Jay only said it once… this is the second time … the line this time is “The synagogue of Satan want me to hang by my collar” . lol my bad..songs dope besides that cringe though

Rosenberg didn’t comment on the Rothschild line, even though the prominent European Jewish banking family is referenced in a number of the more well-known international anti-Semitic conspiracy theories.

But the Rothschild name check also could be an innuendo to a past rumored romance between Electronica and Kate Rothschild, a member of the family who had a business relationship with the rapper.

Jay-Z,  who earned some words of caution from the Anti-Defamation League for one of his own rap lines in 2017, is featured on the track and heavily throughout the album titled “A Written Testimony.”

In a series of heated tweets to Rosenberg, Electronica said he stands behind “every single word” on the album. Electronica challenged Rosenberg to a public forum of sorts with theological scholars, then Rosenberg invited him onto his morning show — but the beef seemed to end there.