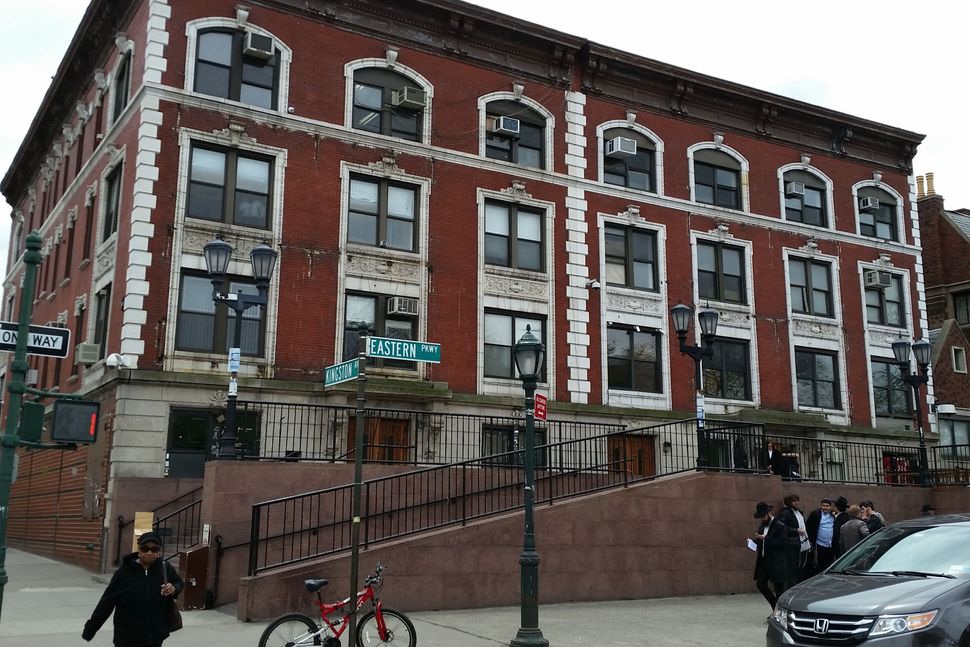 The international Chabad movement, one of modern Judaism’s most powerful forces for the dissemination of Jewish culture and practice, has closed its iconic headquarters for the first time, citing the spread of coronavirus and the illness of residents in its Crown Heights, Brooklyn neighborhood.

The closure happened “in accordance with the order of the rabbis of the neighborhood,” according to an official Chabad website.

It’s going around on WhatsApp that 770 will be closed ”for a period of time,” according to the shul’s main caretaker Yosef Y. Kratz. A live feed suggests otherwise. We are reaching out for clarification. pic.twitter.com/V7Xcy2hipu

It was first announced Tuesday night that 770 was closing, but prayer and study continued late into the night. The building was officially closed early in the morning only after dozens of people took part in a final prayer service where worshippers stood shoulder to shoulder. A raucous dance party stretched late into the night.

The closure, which was first reported by the Orthodox news service COLlive.com, came after days in which it was unclear how seriously some in the neighborhood were taking the COVID-19 pandemic. Even as other synagogues around the globe curtailed their Purim parties more than a week ago and called off Shabbat services last weekend, 770 and the surrounding neighborhood continued to bustle.

A celebration Saturday night drew at least 100 men to the building, according to a video Chabad posted on YouTube. And COLlive reported that the head of 770 said on Tuesday that he had no plans to close the building, though visitors over 65 had been discouraged from entering.

Then it became clear that Crown Heights was emerging as a coronavirus hotspot in New York City. The New York Times also reported about a wedding in South Williamsburg, another Brooklyn neighborhood with many Hasidic residents, that drew at least 200 people in violation of city regulations barring large gatherings.

“May we be zoche [worthy] to the eradication of all illness with the coming of Moshiach NOW,” the Crown Heights ruling concludes, using the Yiddish word for the Messiah.

Philissa Cramer from the JTA contributed to this report.