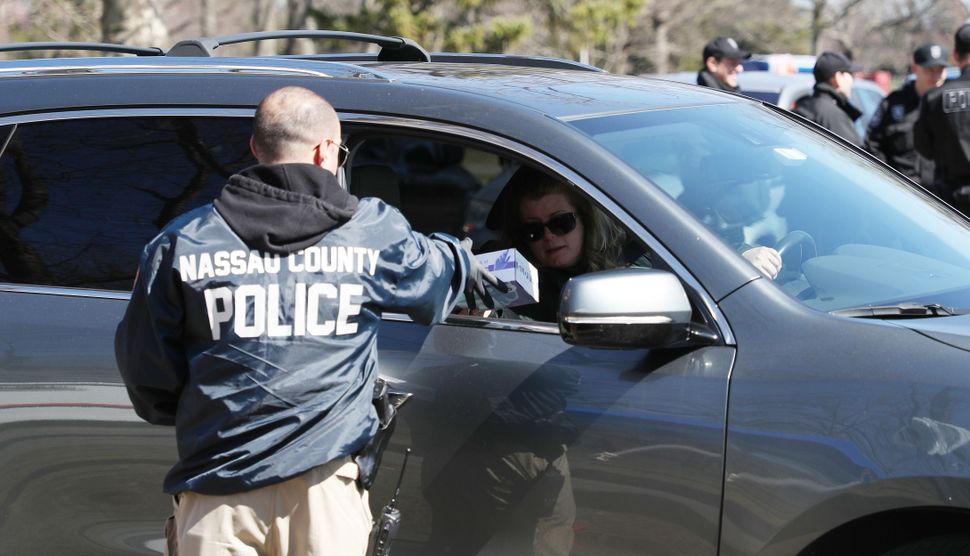 The center of Orthodox Jewish life on Long Island, N.Y., — the Five Towns suburbs — now have 193 reported coronavirus cases, highlighting the growing spread of the virus outside the New York City area and into the surrounding suburbs.

The rise in cases there has been dramatic: the Nassau County Department of Health reported 23 cases in the area on March 20. The county as a whole saw an increase of 754 cases on March 20, to more than 2,800 cases as of March 24.

But the spread of the virus, coupled with increased testing in the region, have caused that number to rise dramatically.

“This is the natural way this illness will spread,” said Dr. Aaron Glatt, the chair of medicine and the chief of infectious diseases at the Mount Sinai South Nassau hospital. “There are gonna be increased tests in all communities, including the Jewish communities.”

The Five Towns — which include Woodmere, Inwood, Hewlett, Lawrence and Cedarhurst, just across the border from the New York City borough of Queens — are more than half Jewish. A population study of the New York region by the UJA-Federation of New York tallied over 25,000 Jewish residents in the towns; U.S. Census records from 2010 show that, together, the towns have a population about 47,000.

Glatt, who is an Orthodox Jew and a resident of the Five Towns, said that synagogues in the area have been very proactive in shutting down and encouraging their members to stay at home. He said that nearly all the areas’ synagogues closed two weekends ago, before the region began restricting gatherings of 50 or more. He added that the streets are quiet, especially on Shabbat — when one would otherwise see many Orthodox Jews walking to and from synagogues and one another’s homes for meals.

“At the same time, there is a lot of illness unfortunately,” Glatt said.

Woodmere, the town with the largest population of the Five Towns, has 103 cases, up from 8 just four days ago.