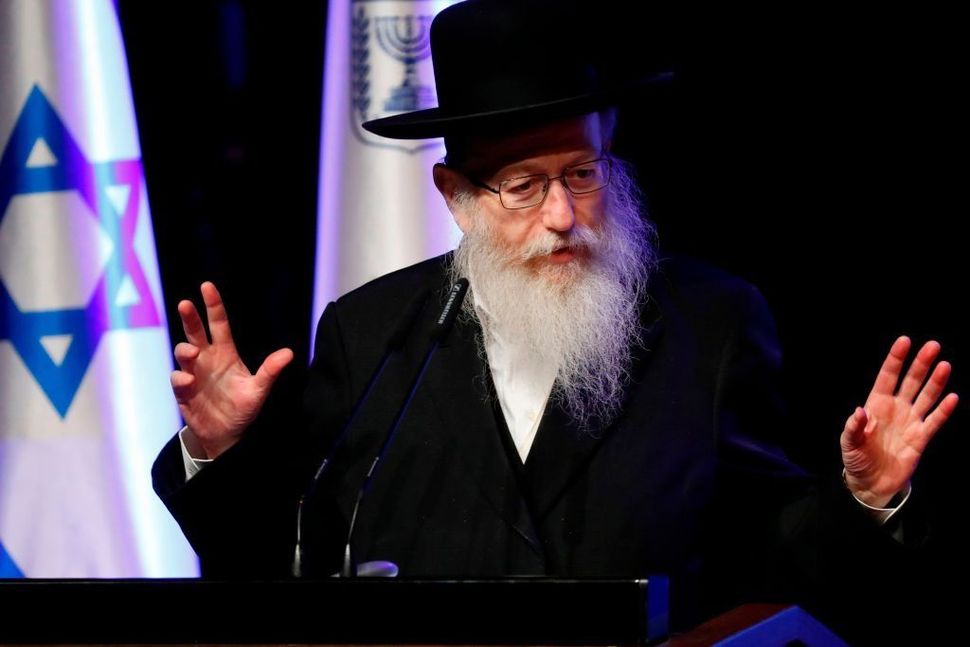 JERUSALEM (JTA) — Israel’s Health Minister Yaakov Litzman has been diagnosed with the coronavirus.

The announcement that Litzman and his wife tested positive for the deadly virus came late Wednesday night. Litzman, 71, has mild symptoms, according to reports. He is continuing to work from home, his office told Israeli media. The entire Health Ministry staff also has gone into self-isolation and is working from home.

Israeli Prime Minister Benjamin Netanyahu, Mossad Director Yossi Cohen and National Security Adviser Meir Ben-Shabbat all went into quarantine following the announcement since they have all met with the health minister in recent days. Hadassah Hospital CEO Zeev Rothstein also met with Litzman in recent days and went into quarantine.  Netanyahu had just left quarantine on Wednesday because the husband of one of his close advisers had tested positive for the coronavirus.

Litzman, a Ger Hasid who heads the Agudat Israel faction of the United Torah Judaism party, is a resident of Jerusalem.

Litzman has been accused of being lenient in enforcing social distancing rules in the haredi Orthodox community, including refraining from closing synagogues and stopping prayer quorums in a timely fashion.

As of late Thursday morning, in Israel there have been 32 deaths from coronavirus and 6,211 cases diagnosed.