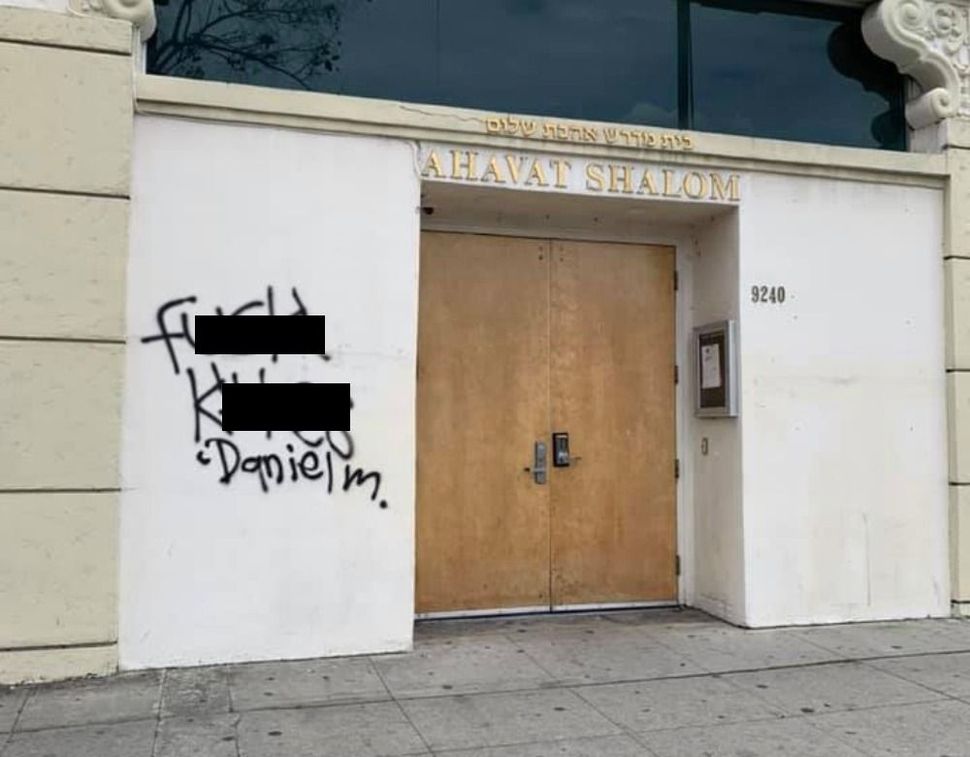 (JTA) — Anti-Semitic graffiti was spray-painted on a synagogue in Los Angeles.

“F**k Kikes” followed by “Daniel M” was painted on the outside of the Ahavat Shalom synagogue, an Orthodox Persian synagogue.

A photo of the graffitied synagogue was first posted on Facebook Tuesday by a sports management student at the University of Delaware who returned home to his family.

“ENOUGH IS ENOUGH. There is no room for hatred in this world especially during these times,” he wrote. “This is a time that we have to all come together as one. Am Yisrael Chai!!!!”

The graffiti was covered by a piece of cardboard taped to the side of the building.

“We are outraged by reports of anti-Semitic graffiti outside a synagogue in L.A.,” Anti-Defamation League Los Angeles tweeted. “In the midst of a pandemic in which it is more important than ever for us to stand together and just before the start of Passover, it is shocking to see this hateful message on a house of worship.”

The synagogue has been the target of graffiti against Jews in the past.